Your iPhone automatically allows you to sort your photos by date and location. It can even distinguish “selfies” and screenshots among the pictures on your Camera Roll, and puts them into their own folders.

But if you have some other way that you would like to sort your pictures, then a good option is to create your own photo folders. You can then select pictures that you want to include in those folders, allowing you to create a new way to browse through your picture library.

Making New Albums or Folders for Photos in iOS 9

The steps in this article were performed on an iPhone 6 Plus, in iOS 9.2. These same steps will work for other iPhone models running iOS 9 as well.

These steps are also shown below, with pictures – 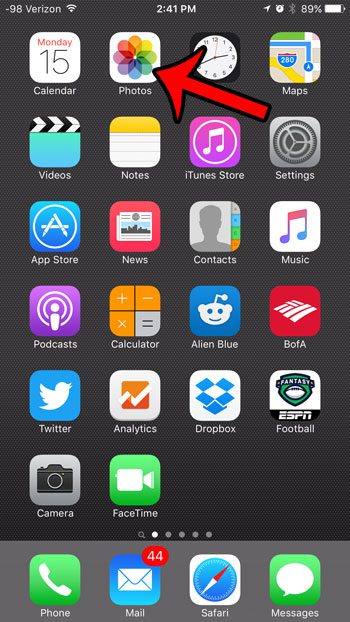 Step 2: Select the Albums tab at the bottom of the screen.

Step 3: tap the + button at the top-left corner of the screen. 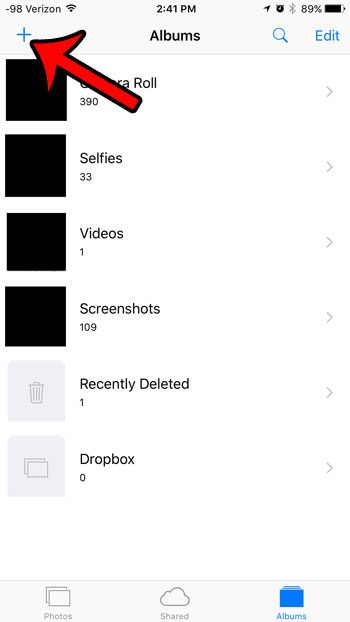 Step 4: Enter the name that you wish to use for the new photo folder, then tap the Save button. 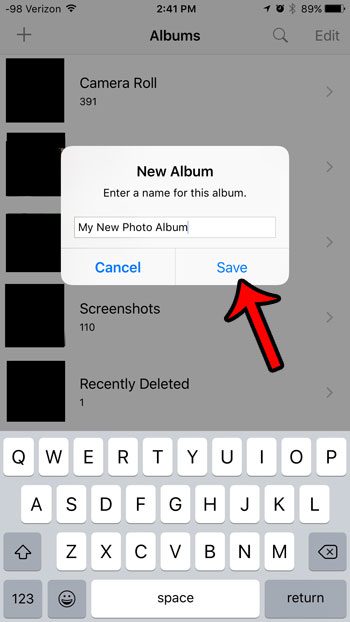 Step 5: Tap the pictures that you want to include in the folder. You can tap the Done button at the top-right corner of the screen when you have finished. 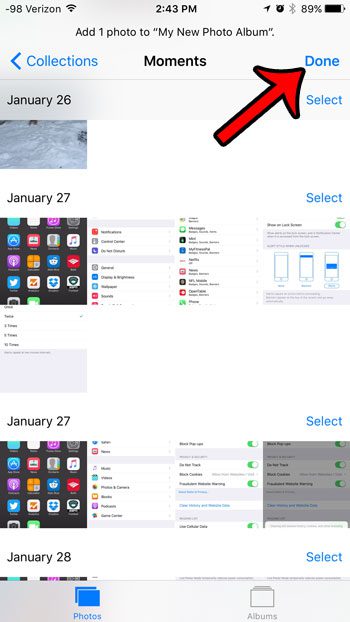 Did you delete some pictures from your Camera Roll, only to find that they were still there in the Recently Deleted folder? Learn how to empty that folder so that your deleted pictures are actually removed from your iPhone.