Sometimes you will take a picture or a screenshot on your iPhone 5, and it will include some unwanted elements. Your initial reaction might be to delete the picture and try again, but it’s actually a simple matter to crop a picture directly on the phone so that it only features the items that you want in the photograph. The edited picture will stay on your camera roll, so you can then send it out through email or text message.

Cropping Photos on the iPhone 5

If you frequently upload pictures from your phone to your computer just so you can crop them in an image editing program, this feature can be a real time saver. The cropping tool is very intuitive, and it only takes a few seconds to do some basic cropping. 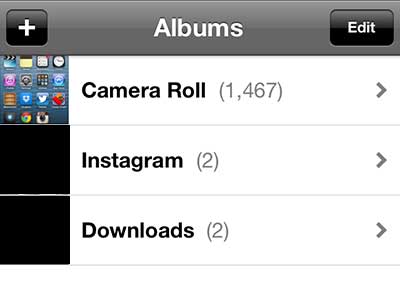 Step 3: Touch the thumbnail image of the picture that you want to crop. 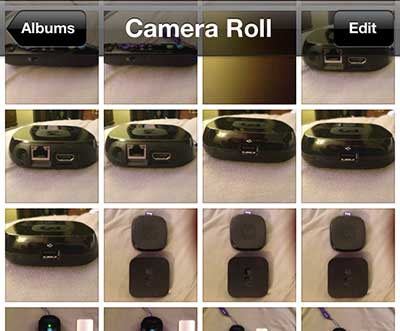 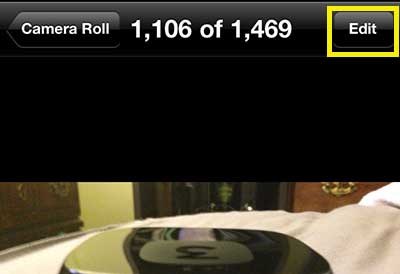 Step 5: Touch the Crop tool icon at the bottom-right corner of the screen. 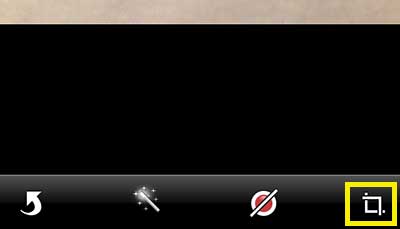 Step 6: Drag the handles at the corners of the image until they contain the elements of the image that you want to keep in the picture. 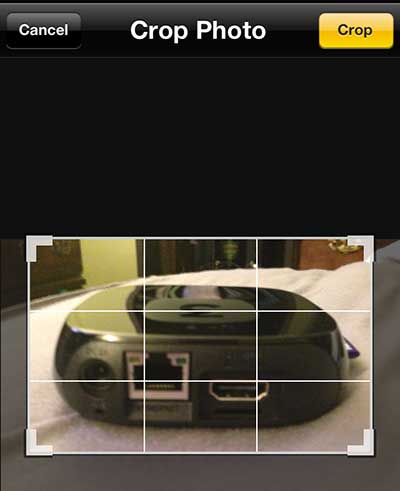 Step 7: Touch the yellow Crop button at the top-right corner of the screen.

Step 8: Confirm that the image looks the way that you want it to look, then touch the yellow Save button at the top-right corner of the screen.

If you want to make more changes to your pictures, check out Adobe Photoshop. You can get it as a subscription now, which makes the initial cost much lower than it previously had been. Click here to learn more about a Photoshop subscription.