While there are many, many options for adjusting the way that elements and objects look in your Powerpoint 2010 presentation, perhaps one of the simplest ways to improve the look of your slideshow is changing fonts. But while there are a good assortment of fonts that are included by default with your Windows 7 installation, you still might not be able to find one that suits your needs. So you went to an online font database, such as dafont.com, and found and downloaded the font that you want for your presentation. But now that you have the font, you will need to learn how to add a new font to Powerpoint 2010 so that you can begin using it in your presentations.

If you have never added a new font to your computer, then you may not be aware that any new font you encounter will need to be added through Windows 7. If you had been attempting to add the font directly through Powerpoint 2010, then you likely came away frustrated, as there is no such utility in the program. But you can add a new font to Powerpoint 2010 by installing it in Windows 7. This tutorial is going to assume that you have already downloaded the font to your computer and that the font is in a zip file, which is the common way that fonts are distributed. Continue reading to learn how to install that new font for Powerpoint.

Step 1: Close Powerpoint 2010 if it is open. Be sure to save your presentation before doing so.

Step 2: Right-click the downloaded font zip file, then click the Extract All option. 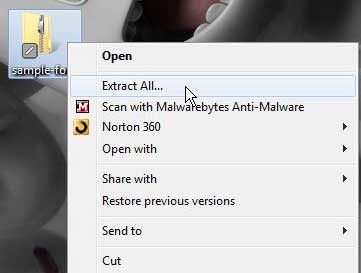 Step 2: Click the Extract button at the bottom-right corner of the window. 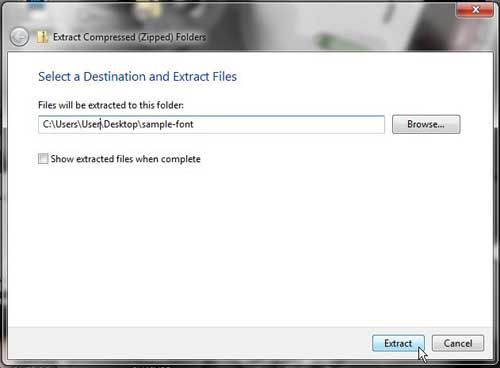 Step 3: Double-click the extracted folder. It will be in the same location as the original zipped font file, and the folder will have the same name as the zip file.

Step 4: Right-click the font file, then click the Install option. 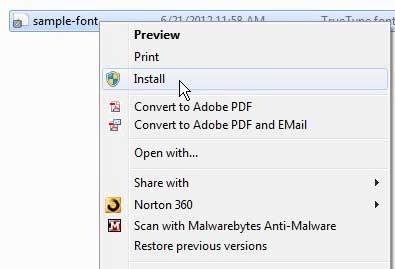 Step 5: Now that you’ve added the new font to Powerpoint 2010, you can launch the program and begin using the installed font. This font will also be in any other program that pulls its’ font list from the installed fonts in Windows 7. This includes programs like Microsoft Word and Microsoft Excel.