Pokemon Go is a popular game for iPhone and Android mobile devices that allows you to catch Pokemon in the real world. Pokemon Go was made available in the summer of 2016, and quickly became one of the most popular mobile games available.

How to Uninstall the Pokemon Go App on Your iPhone

The steps below were performed on an iPhone 7 Plus, in iOS 10.1. If you are trying to follow these steps and aren’t seeing an x, but are seeing an option to Share Pokemon Go instead, then you are pressing too hard on the app icon. You can find out more about 3D Touch to see why this happens. Additionally, if you don’t wish to uninstall the app, and would prefer to turn off the notifications, then we provide instructions for that at the bottom of this article.

Step 2: Tap and hold on the Pokemon Go app icon until a small x appears at the top-left corner of the app icon, then tap that x.

Step 3: Tap the Delete button to confirm that you wish to delete the app and all of its data from your iPhone. 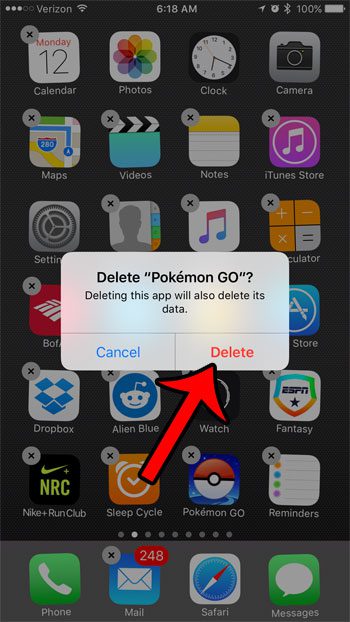 If you don’t want to actually delete the Pokemon Go app, but would instead like to turn off all of the notifications, then you can follow the steps below.

How to Turn Off Notifications in the Pokemon Go iPhone App 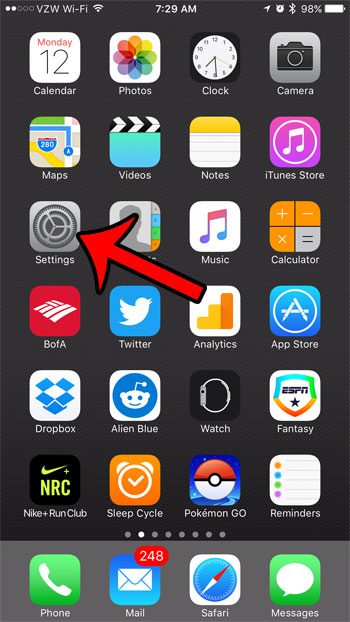 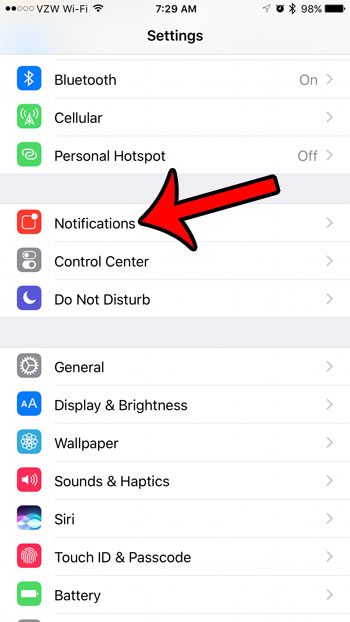 Step 3: Scroll down and tap on the Pokemon Go option. 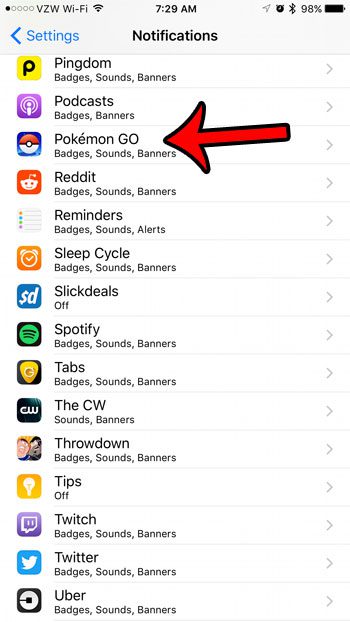 Step 4: Tap the button to the right of Allow Notifications to turn them all off. When all of the notifications have been turned off, the rest of the options on this menu should disappear. Pokemon Go notifications are turned off in the picture below. 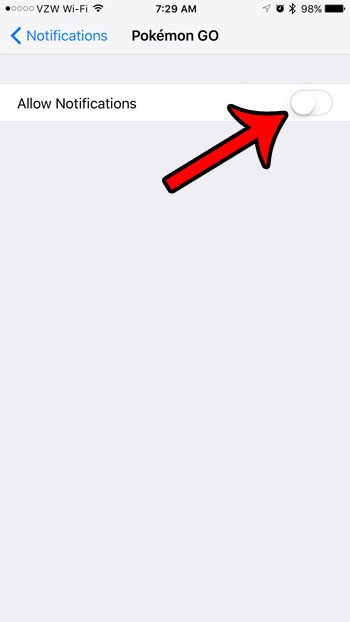