Fortunately you can find this information by navigating to the medal section of your player card. By selecting any of those medals you will be able to determine the total number of times that you have performed a game action that counts towards that medal. One of these medals is for the total number of Pokemon that have been caught, so continue below to see how to find that information.

The steps in this article were performed on an iPhone 7 Plus in iOS 10.3.1, using the most recent version of Pokemon Go available at the time.

Step 2: Tap your player icon at the bottom-left corner of the screen.

Step 3: Scroll down and tap the Medal icon that looks like a Pokeball with starts around it. 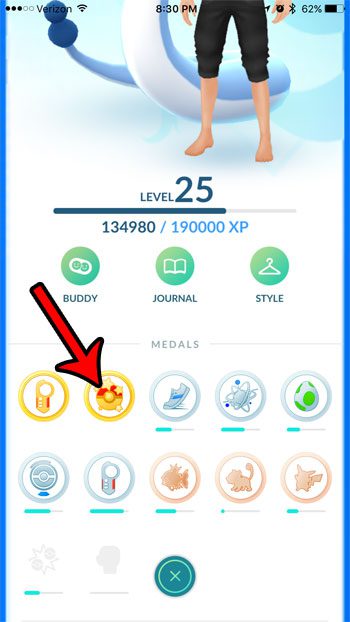 Do you have a child that is playing Pokemon Go, too, but you’re worried about them spending money in the game? Learn how to use Restrictions to prevent in-app purchases on an iPhone, including games like Pokemon Go.