In many ways the iPad and the iPhone are very similar, but there are some usability differences between the two devices. One of these differences is the ability to use tabs when browsing with the Safari browser on your iPad 2. But if you are not able to use tabs in Safari on your iPad 2, then you might need to change a setting on your device.

The steps in our tutorial below will show you how to find the menu option that will restore the tab option in Safari, allowing you to quickly switch between multiple open Web pages, as well as perform many of the other options that are provided by tabbed browsing.

Re-enable Tabs in Safari in iOS 8

The steps below were performed on an iPad 2 running the iOS 8 operating system. You can learn how to update to iOS 8 on your iPad 2 with the steps in this article. 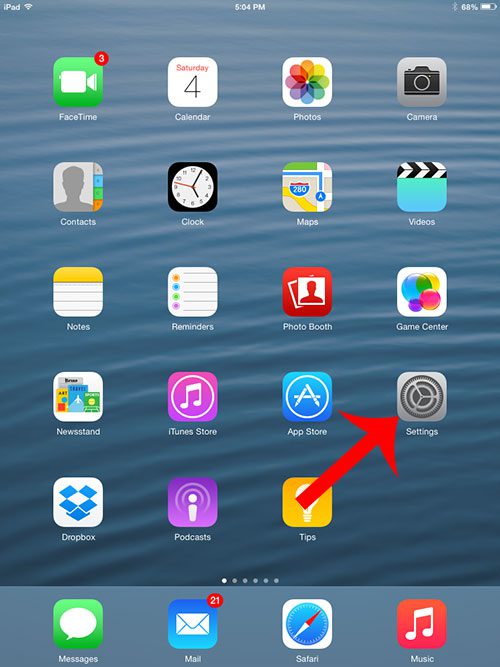 Step 2: Scroll down and select the Safari option in the column at the left side of the screen. 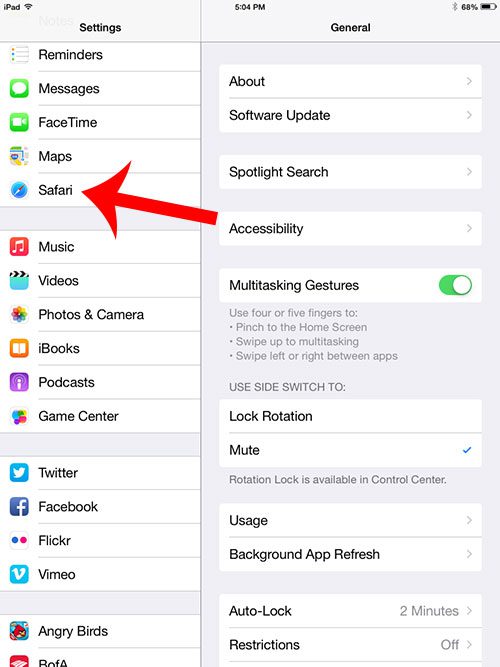 Step 3: Touch the button to the right of Show Tab Bar. You will know that you have re-enabled the tab option in Safari when there is green shading around the button, as in the image below. 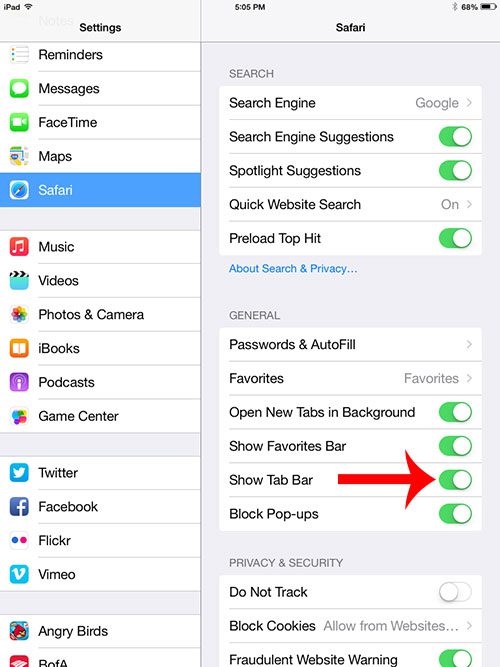 Do you find that your iPad 2 is running slower after updating to iOS 8? It might be time to consider upgrading to a newer model. Click here to check out some of the iPad deals available at Amazon.