The contact system on the iPhone 5 is very good, and it has had a lot of fun and useful features for a while. One of these features is the ability to assign pictures to your contacts, which makes it much easier to tell who is calling you if you are standing away from your phone. Plus, it’s just fun to see a picture when a friend or family member calls, instead of just there name. But if you are having trouble figuring out how to assign a picture to a contact in iOS 7, then you can follow the steps outlined below.

Do you use Netflix, Hulu Plus or Amazon Prime? Then a Roku might be a great addition to your home entertainment system. Click here to learn more about this affordable set-top video streaming box.

Assigning Pictures to Contacts in iOS 7

The process for doing this is somewhat similar to how it was in earlier versions of iOS, but there are some minor changes that could be confusing if you previously knew how to add pictures to your iPhone contacts. We are going to perform the tutorial below under the assumption that you already have the picture that you want to use for your contact, but you will also have the option of taking a picture of a contact and adding it during the process.

Step 2: Select the Contacts option at the bottom of the screen.

Step 3: Touch the name of the contact to which you want to add a picture. 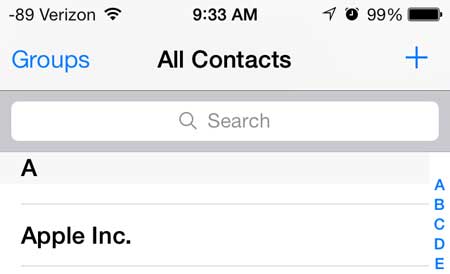 Step 4: Step 4: Touch the blue Edit link at the top-right corner of the screen.

Step 5: Touch the Add photo circle at the top-left corner of the screen. 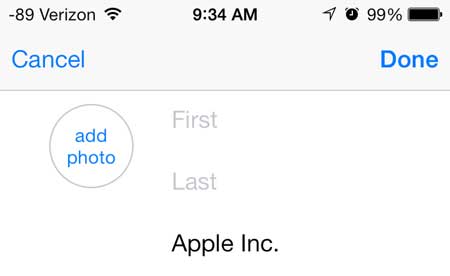 Step 6: Touch the Choose Photo option. Note that this is the point where you could alternatively elect to take a picture of a contact instead by selecting the Take Photo option. 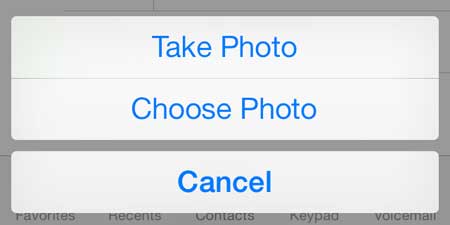 Step 7: Touch the name of the album containing the picture that you want to use. 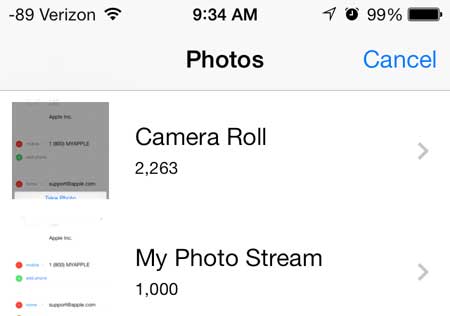 Step 8: Touch the thumbnail image of the picture that you want to use as the contact photo.

Step 9: Move the circle on the screen around until it is correctly positioned on the portion of the image that you want to use as the contact image, then touch the Choose button. 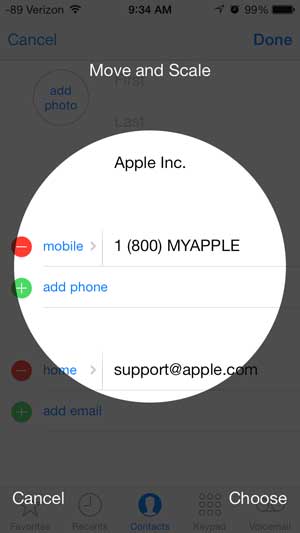 Step 10: Touch the Done button at the top-right corner of the screen. 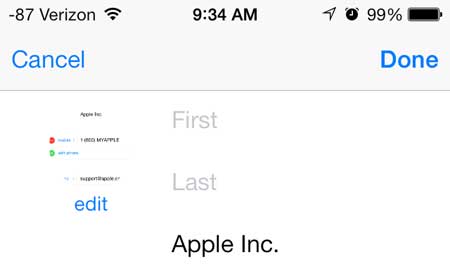 Note that you can use the pinch feature to zoom in and out on the image while you are positioning the circle. For more help on zooming with the iPhone camera, you can read this article.

You can now finally block callers in iOS 7 on your iPhone 5. Click here to learn how.