Our guide below will show you where to find the portrait orientation lock so that you can disable it on your iPad and use it in landscape mode.

Turning Off Portrait Orientation Lock on an iPad in iOS 9

Step 1: Press the Home button under your iPad screen to exit any apps and return to the Home screen.

Step 2: Swipe up from the bottom of the screen. This will open the Control Center. 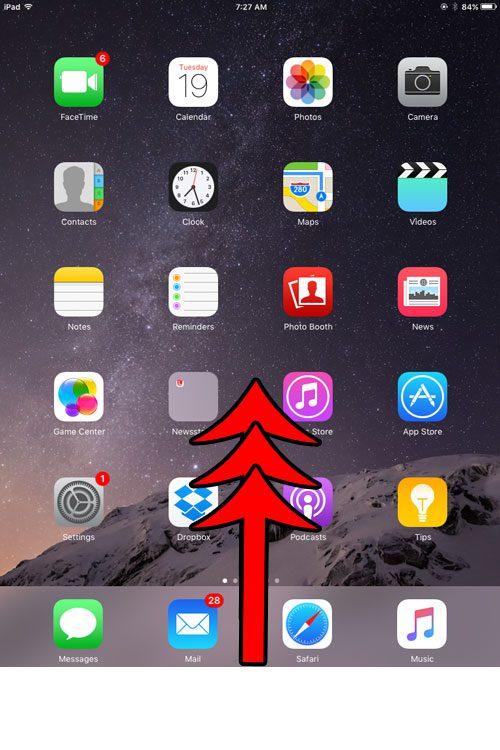 Step 3: Tap the icon with a lock encircled by an arrow. Portrait orientation lock is turned off when this icon is gray, and it is turned on when the icon is white. If you see a bell instead of a lock, then the side switch function setting has been changed on your iPad. You can read here to learn how to adjust the side switch function so that you can disable orientation lock from the Control Center. 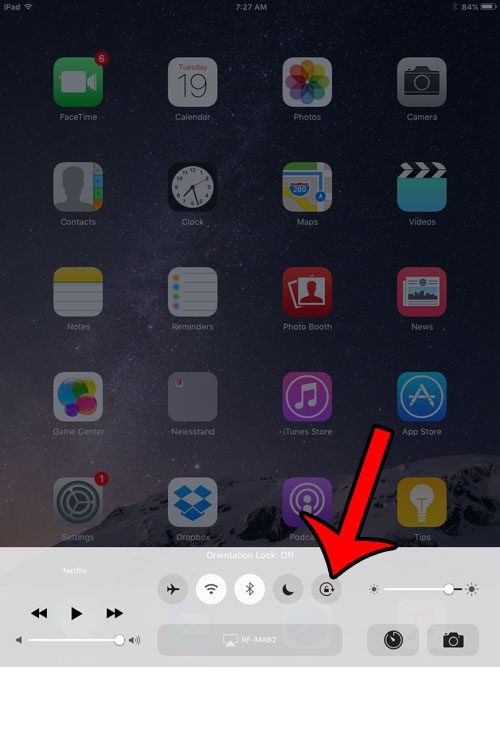 Is there a feature on your iPad that you can’t find, but would like to be able to use? It’s possible that the feature was introduced in an iOS version higher than the one that is currently on your iPad. Learn how to check for iOS updates on an iPad to see if there is one available for your device.