Your iPad will occasionally have an iOS update available which will add new features and fix existing bugs or security problems. But updates often come at inconvenient times, so you may choose to install them later.

If you are trying to do something on your iPad, but are unable to, then it is possible that the feature is only available n an iOS version that you have yet to install. Our guide below will show you how to check for iOS updates to see if there is one available for your device.

The steps in this article will show you how to find out if there is an iOS update available on your iPad. This is the operating system for the device. If you would like to install app updates automatically, then you can read this article.

If you would like to find out what version of iOS is currently installed on your iPad, then learn how to check the iPad iOS version. 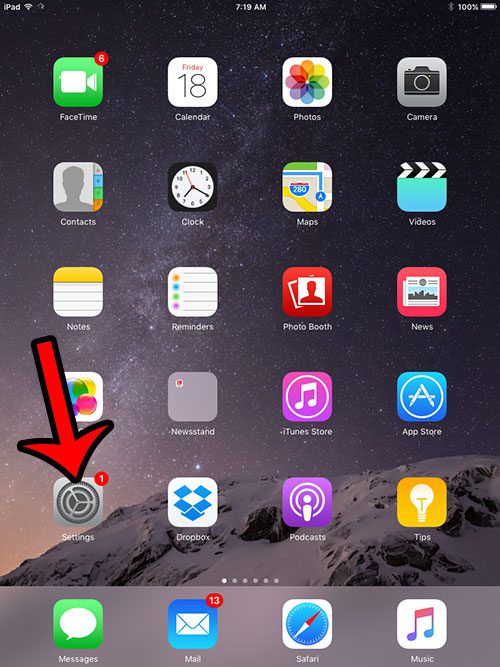 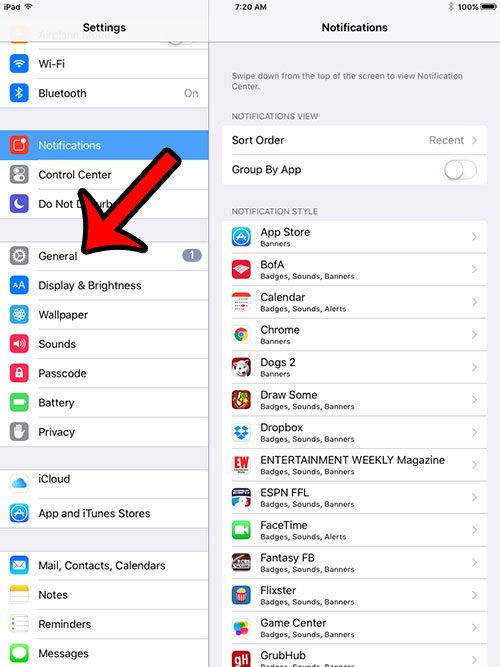 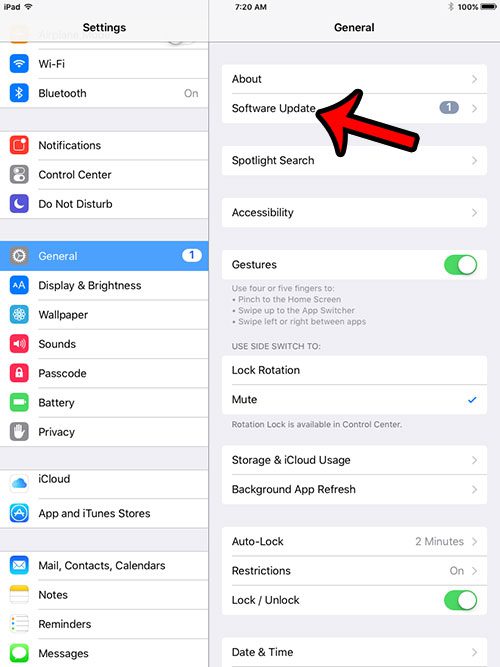 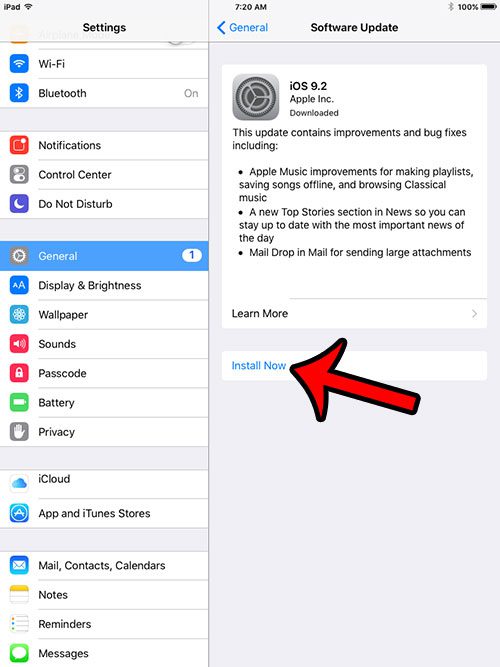 You can then tap the Install Now button and follow the steps on screen to complete the update install. Note that this can take a while, so it is important to plug the iPad into a wall outlet if you have less than 50% battery charge remaining. If you are unable to install the update because you do not have enough space, then you can read our complete guide to deleting items on an iOS device.