Travelling to a foreign country can require a lot of preparation, and the importance of cellular phones in day-to-day life likely means that you will need a way to use your device while you are gone. Fortunately your iPhone can typically be used in other countries, but you may find that you need to make some adjustments in order to do so.

One change that you might need to make is turning on the Voice Roaming and Data Roaming options for your device. Cellular providers are different in many countries, so your iPhone may not be able to connect to any networks that it finds while you are travelling. But once you turn on roaming, you can typically connect to foreign networks so that you can keep in touch via email, text and voice. It is best to use the iPhone sporadically, however, as roaming charges are frequently not included as part of your cellular plan.

The steps in this article were performed on an iPhone 5 in iOS 8.

Note that turning on voice and data roaming when you are travelling internationally can result in very high cellular charges. It is often a good idea to contact your cellular provider to see what sort of rates they offer for international travel so that you can be prepared for the increased bill that you will receive after using voice and data roaming in a foreign country. 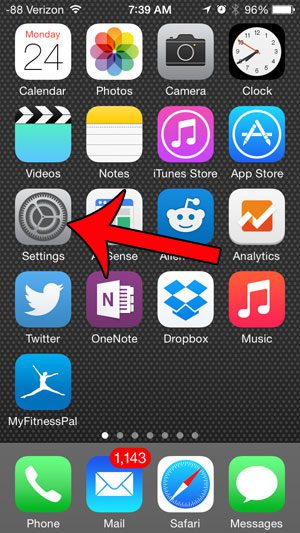 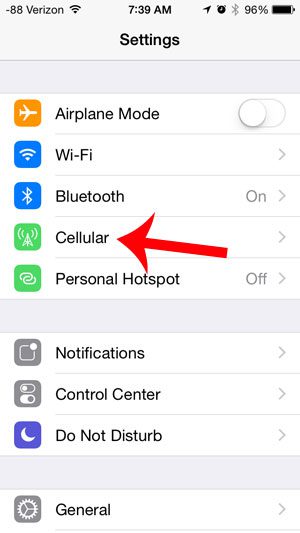 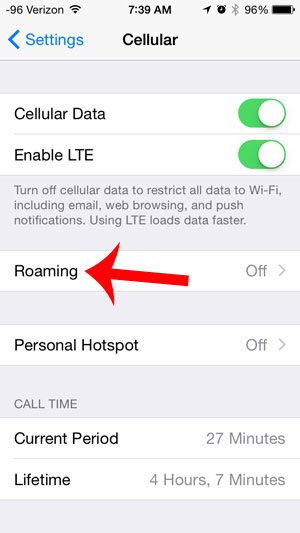 Step 4: Touch the button to the right of Voice & Data Roaming to enable roaming on your device. 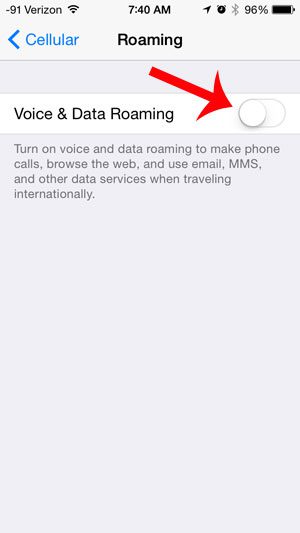 Your screen should then look like the image below. You will know that roaming is turned on for your device when there is green shading around the Voice Roaming and Data Roaming buttons. 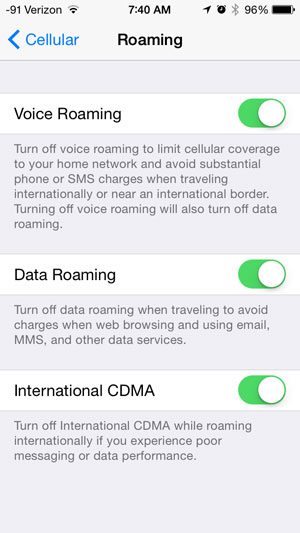 Would you like to use the connection from your iPhone’s cellular plan to get on the Internet with your iPad? Learn how with this article.