Slide numbers in a Powerpoint 2013 presentation can be useful to both you and your audience as a way to keep track of which slide contains certain information. But there are certain situations where slide numbers might be incorrect or confusing, or simply not aesthetically pleasing, so you would simply prefer to remove them from the presentation entirely.

Fortunately slide numbers are not required in Powerpoint 2013, and you can remove them in nearly the same way as they were originally added. Our tutorial below will walk you through the steps needed to remove the slide numbers from a presentation. 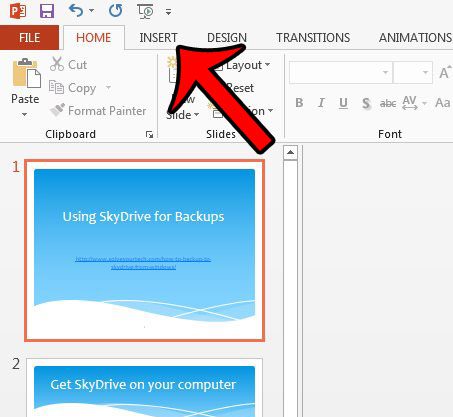