The Apple TV offers a number of different channels through which you can watch videos. There are some free options like YouTube, as well as options that require a subscription, like Netflix or Hulu Plus.

But one of the more interesting features of the Apple TV is AirPlay. This allows you to stream content from other Apple devices to the Apple TV so that the content can be viewed or listened to through your television. The Apple Music app on your iPhone is an app that is compatible with this feature, and you can learn how to AirPlay Apple Music using the steps described below. 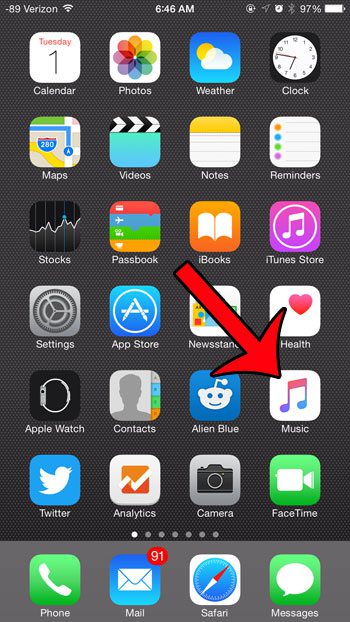 Have you signed up for Apple Music, but aren’t sure if it is something that you wish to continue using? You can turn off the automatic subscription renewal to make sure that you are not automatically charged when your subscription is set to renew.