If you have an iPhone, an Apple TV, and a wireless network, then you have the ability to view iPhone pictures on your TV. This is accomplished through a feature called AirPlay that enables a wireless connection between your iPhone and the Apple TV.

The steps in this guide were performed on an iPhone 7 Plus, in iOS 10.2. Note that the iPhone and the Apple TV must be on the same Wi-Fi network to use the Airplay feature. Additionally, to view the picture on your TV, the TV must be turned to the input channel to which the Apple TV is connected. If you don’t have enough HDMI inputs on your TV for every device that you want to connect, then consider getting an HDMI switch. It can transform one HDMI port into three.

Step 1: Open the Photos app on your iPhone. 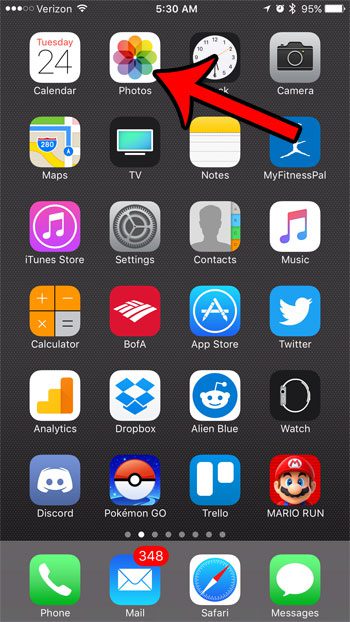 Step 2: Browse to the picture that you wish to view on your TV, then tap the Share icon at the bottom-left corner of the screen. 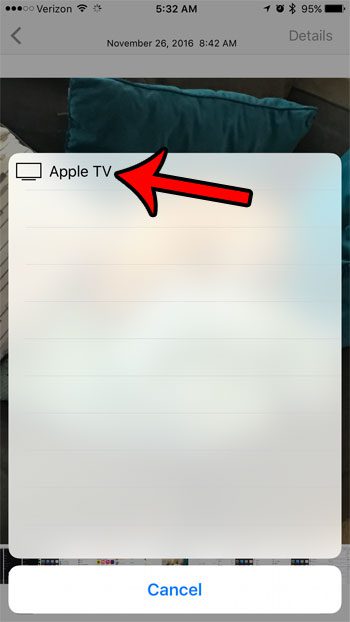 You can also enable AirPlay by swiping up from the bottom of your Home screen, then tapping the AirPlay option. 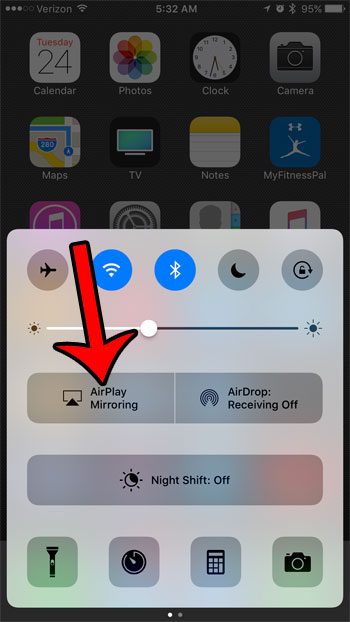 Then select the Apple TV from the list of devices.

You can exit AirPlay by returning to this menu, then selecting the iPhone option instead.

Would you like to listen to Spotify on your Apple TV, but can’t figure out how? Learn how to Airplay Spotify to the Apple TV and listen to your music that way.