One of the apps that can use AirPlay is the Music app, which means that you can listen to and control music that plays on your Apple TV from your iPhone. Our tutorial will show you how you can start using this awesome part of your Apple TV.

AirPlay Music with the iPhone and Apple TV in iOS 7

The steps below were written using an iPhone 5 with the iOS 7 operating system. The steps are different if you are using an earlier version of iOS.

This tutorial is specifically about streaming songs from iTunes in the Music app. Other apps may require a different method to stream to the Apple TV. For example, streaming Spotify to your Apple TV is performed within the Spotify app itself.

Step 1: Confirm that your iPhone and your Apple TV are connected to the same wireless network.

Step 2: Turn on your Apple TV and your television, then switch the television to the input channel to which the Apple TV is connected.

Step 3: Open the Music app on your TV. 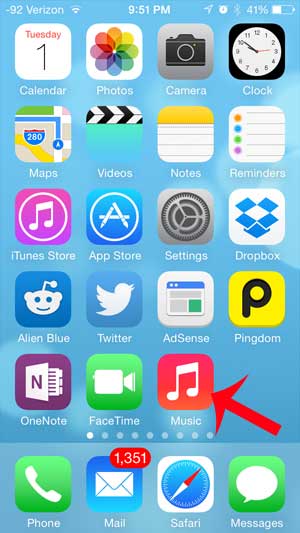 Step 4: Select the song that you want to play on your Apple TV, then exit the Music app by pressing the Home button under your screen. 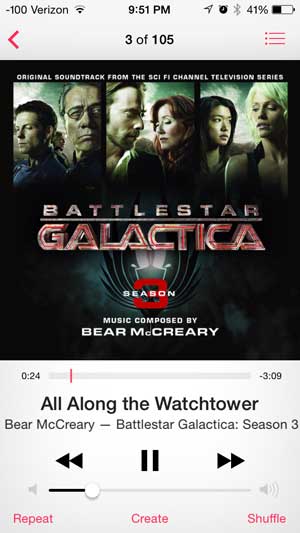 Step 5: Swipe up from the bottom of your screen to open the Control Center. 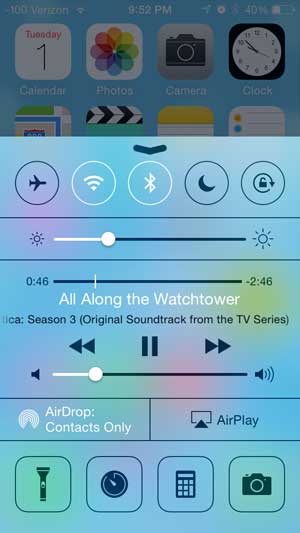 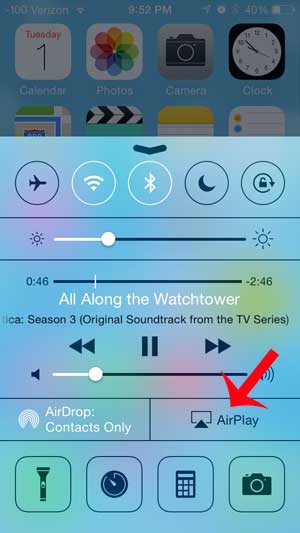 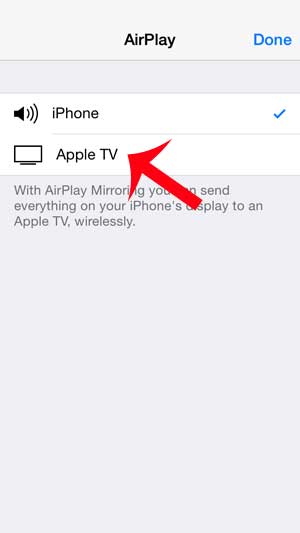 Step 8: Touch the Done button to exit this menu. 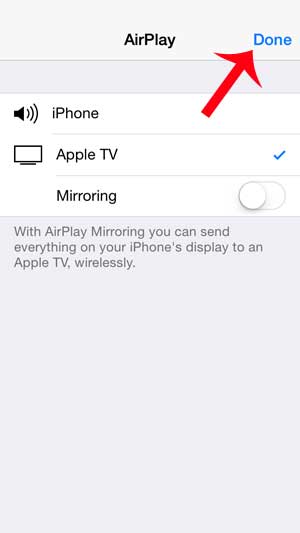 You can stop AirPlay by returning to the menu in Step 7 and selecting the iPhone option instead.

Your iPhone is also capable of connecting to Bluetooth devices, including speakers. This Oontz Angle is an excellent Bluetooth speaker that works well with the iPhone.