The iPad does a very good job of managing apps to maximize your battery life and device performance. Unlike full desktop operating systems, many people will not need to manually close or exit an app on their iPad. You can simply touch the Home button under your iPad screen and the app will either close or enter a suspended state. But apps can misbehave and start functioning incorrectly or needlessly draining your battery life, prompting you to need to learn how to close an iPad app. Fortunately the ability to do this does exist, and you can scroll down to follow our guide to learn how to force close an unresponsive app.

Force Close an App on the iPad

The tutorial below was written using an iPad 2 running the iOS 7 version of the operating system. If you have an iPad 2 or newer model and you have not yet updated to iOS 7, you can read this article to learn how.

The method below is going to take you to a screen that displays all of your most recently open apps. Not every app on this screen is running or stuck. You can swipe away all of these apps if you so choose, but the majority of them are likely closed or in the suspended state that Apple uses for app multitasking on the iPad. With that in mind, follow the steps below to completely close an app on your iPad.

Step 1: Double-tap (press it quickly, two times in a row) the Home button under your iPad screen. 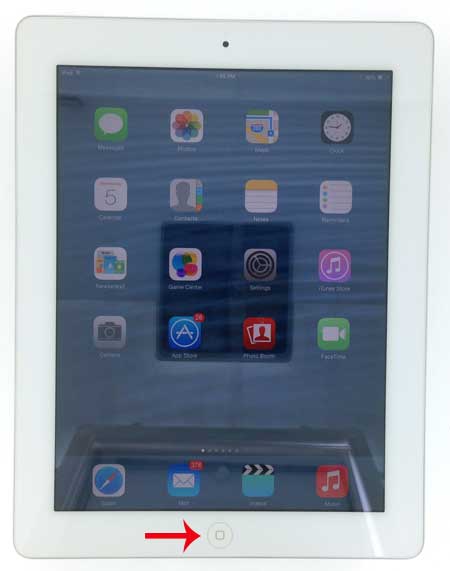 Step 2: Locate the app that you want to force close. 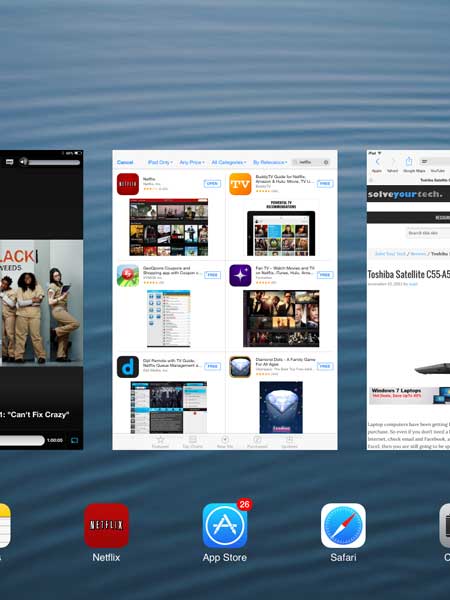 Step 3: Swipe the image of the app towards the top of the screen to close it. 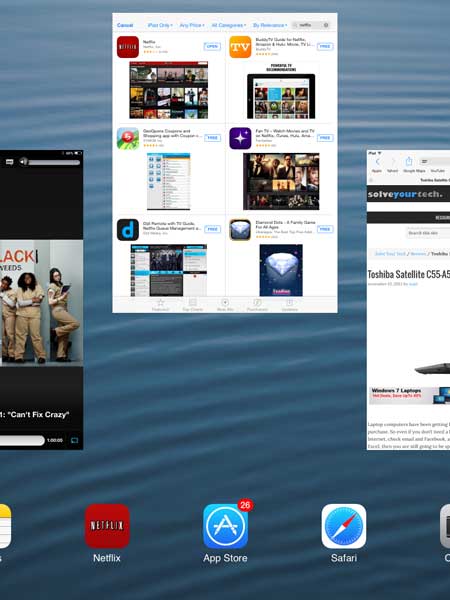 You can then repeat this for any other app that you want to force close. You can press the Home button under your screen to exit this view and return to your normal Home screen.

Do you have a Gmail account that you want to manage on your iPad? Learn how to set up your Gmail email on an iPad.