Your Apple Watch has many of the same characteristics as your iPhone, including an internal storage system. This storage is used by the apps that are installed on the device, as well as by certain files that you can sync directly to the watch from your iPhone.

If you are curious about how much storage space is left on your Apple Watch, then you can find that information through the Watch app on your iPhone. You can also see how much total space is being used, as well as how much space is being used by each individual app on the Watch. If you are planning to sync a large amount of files to the Watch, or if you are running out of space, then this is a good spot to check for which apps you might need to delete in order to make room for new apps or files.

The steps below were performed on an iPhone 7 Plus, in iOS 10. The Apple Watch being checked is running Watch OS 3.1. 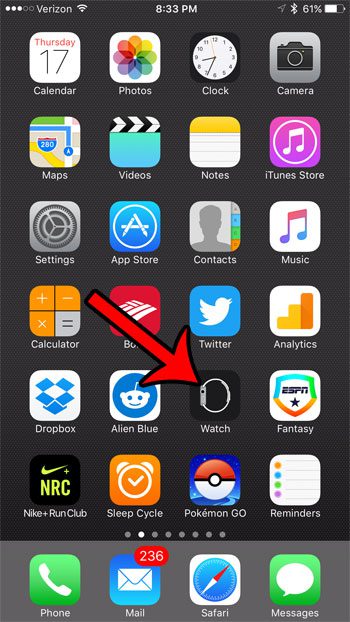 Step 2: Select the My Watch tab at the bottom of the window. 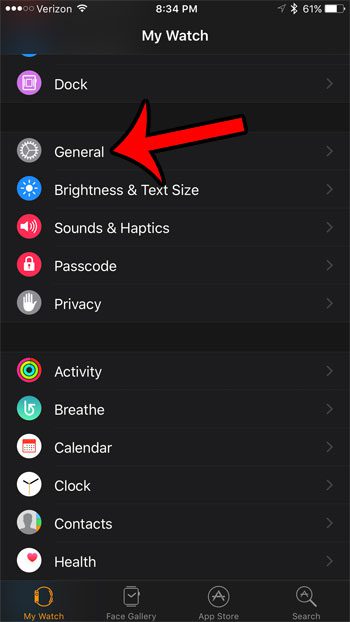 Step 4: Scroll to the bottom of this menu and select the Usage option. 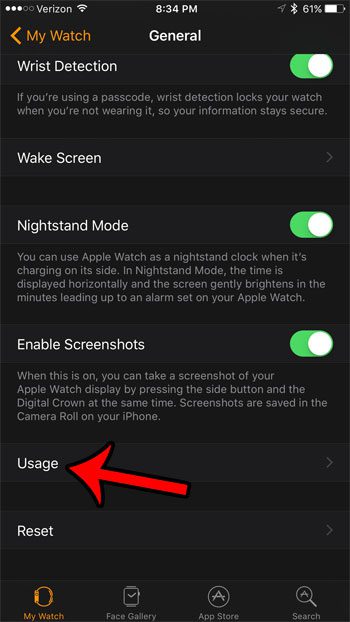 Step 5: View your usage statistics. Note that you can see the available storage left at the top of the screen, as well as the total usage amount. Additionally, the amount of storage space being used by each app is shown in the list. 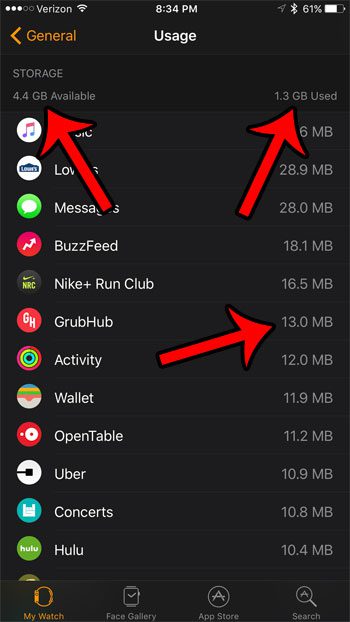 Are there certain reminders on your Apple watch that you always dismiss or ignore? Many of them can be modified or disabled entirely. For example, you can turn off the breathe reminders if you aren’t using them.