Your cell phone can and does make a lot of different sounds to let you know when something happens. Whether it’s a notification to let you know that you have a new text message or a responsive tone when you dial a phone number, there is a lot of value to this audio feedback when you are using a smart phone.

But there might be certain sounds that you hear which you wouldn’t mind muting. One such sound is the one that plays when you are typing on the keyboard, such as when typing a text message. Fortunately this sound is adjustable, and you can choose to turn it off if you would like. So continue reading the guide below and learn how to turn off keyboard sounds in Android Marshmallow.

The steps in this article were performed on a Samsung Galaxy On5, in the Android Marshmallow operating system. These steps will specifically turn off the sound that plays when the device is unmuted and you are typing on the keyboard, such as when typing a text message. This will not affect any other similar sounds, such as the one that plays when you are dialing a phone number. 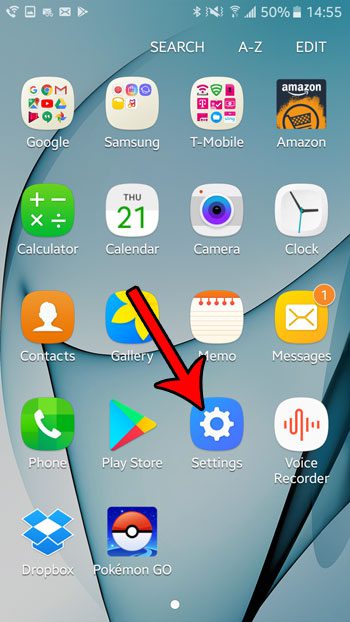 Step 3: Scroll down and select the Sounds and vibrations option. 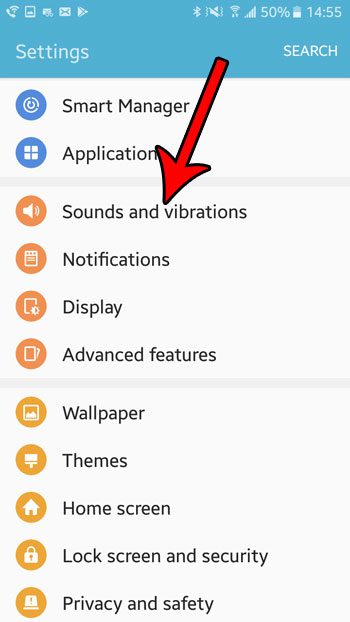 Step 4: Tap the button to the right of Keyboard sound to turn it off. 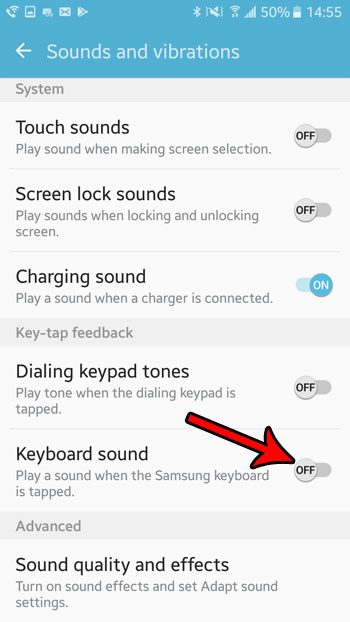 Are you almost out of cellular data, and the month isn’t over yet? Learn how to turn off cellular data on your Android phone so that you don’t accidentally go over your limit and get charged extra.