Many of the tools and features that you need out of a smartphone are included in the default apps. One of these tools is the alarm clock, which can be found within Marshmallow’s default Clock app.

Setting an alarm in the Clock app requires a few short steps that will have you set up with an alarm in a few moments. You will be able to specify the time and dates that the alarm goes off, as well as some additional settings that can really let you customize your alarms to how you need to use them.

The steps in this article were performed on a Samsung Galaxy On5, in the Android marshmallow operating system. This guide will show you how to create an alarm on your phone, as well as how to configure several different settings for that alarm. 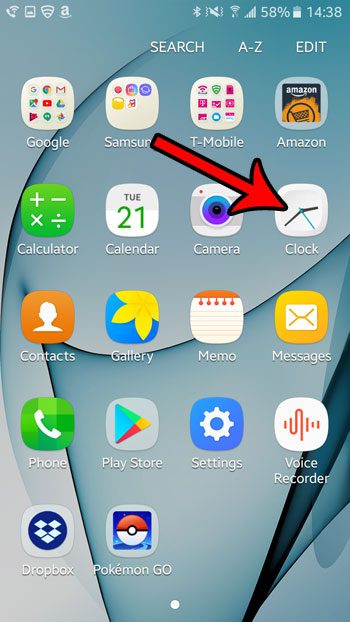 Step 3: Select the Alarm tab at the top of the screen. 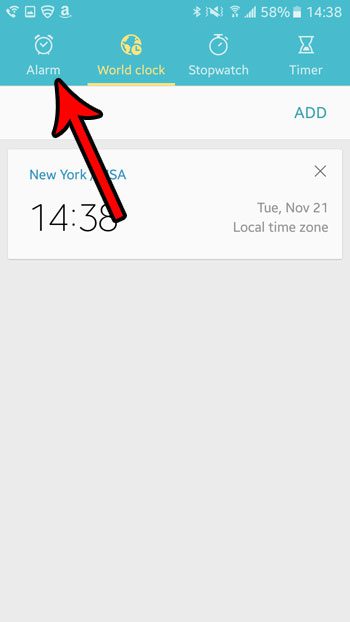 Step 4: Choose the Add option near the top-right of the screen. 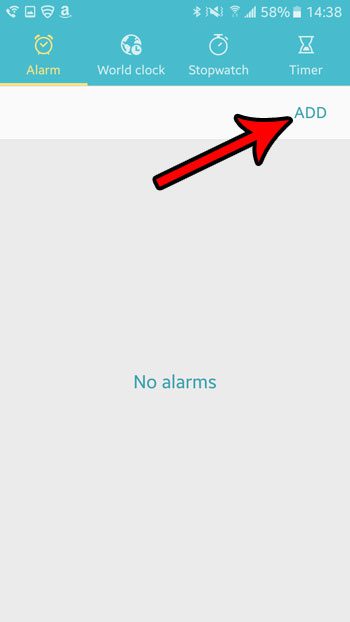 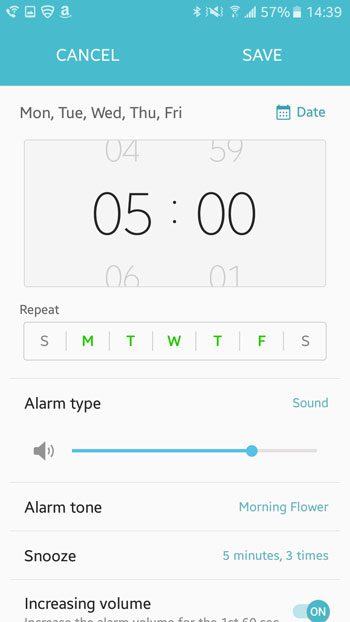 Below is an explanation of each setting on the alarm screen.