If you are using the same Apple ID for your iPhone and iPad, then you might be getting some of your text messages on your iPad. This is because of a feature called iMessage that provides another means for sending text and picture messages between Apple devices. You can stop messages from going to your iPad entirely if this is something that you do not want, or you can learn how to turn off iMessage previews on the iPad so that they cannot be read without unlocking the device.

Once you follow the steps below, your iPad will only display the name of the person that sent you the message. The iPad will need to be unlocked in order for any of the message contents to be read.

Turn Off iMessage Previews on the iPad

As mentioned before, this article is going to stop displaying previews of your messages on the lock screen. The iPad will only display the name of the message sender instead. You can still view your iMessages by opening the Messages app on the iPad. 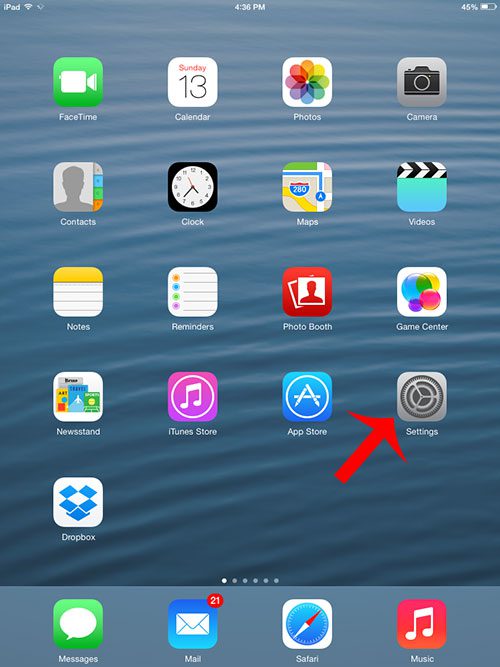 Step 2: Select the Notification Center from the column at the left side of the window. 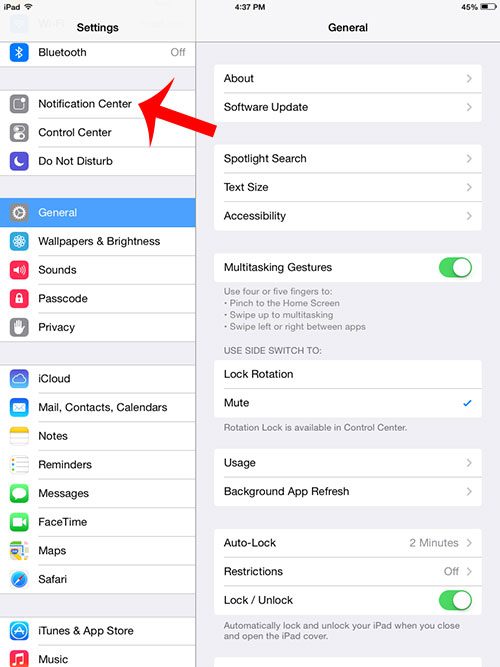 Step 3: Scroll down and select the Messages option at the right side of the screen. 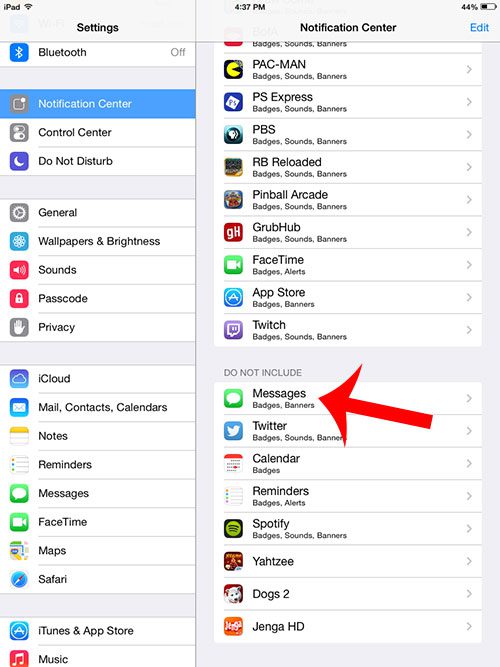 Step 4: Touch the button to the right of Show Preview to turn this option off. There will not be any green shading around the button when you stop showing previews. 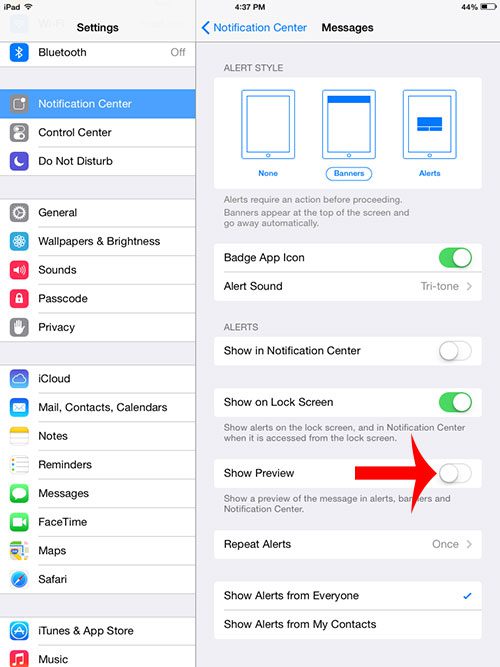