Many newer smartphones have excellent cameras, and people are increasing the number of pictures that they take at an impressive rate. This means that you are much more likely to receive a picture message from a friend or relative, and you may occasionally want to to save that picture. We have previously written about how to save a picture message to Dropbox, but you can also save that picture to your iPhone.

By learning how to save a picture message on an iPhone 5, you will ensure that you never accidentally lose an important picture when you delete a text message conversation. The picture messages that you save will be added to your Camera Roll so that you can access it at any time until you remove the picture from your device. 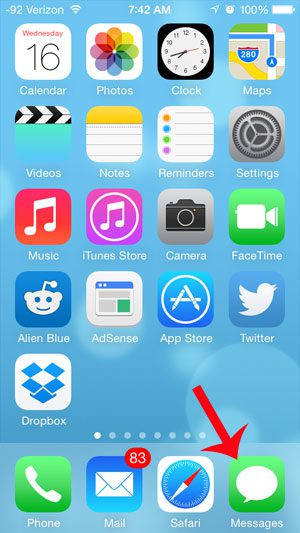 Step 2: Browse to the picture message that you want to save to your phone.

Step 3: Touch the picture message to expand it. 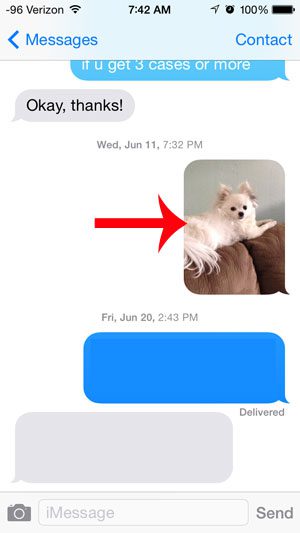 Step 4: Touch the Share icon at the bottom-left corner of the screen. 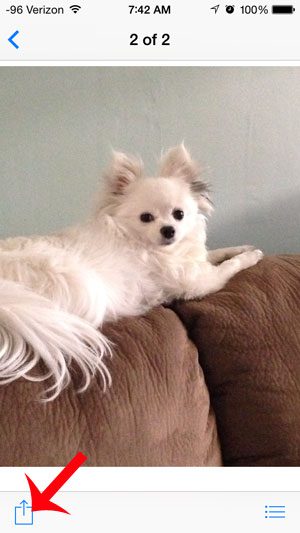 Step 5: Touch the Save Image icon at the bottom-left of the screen. 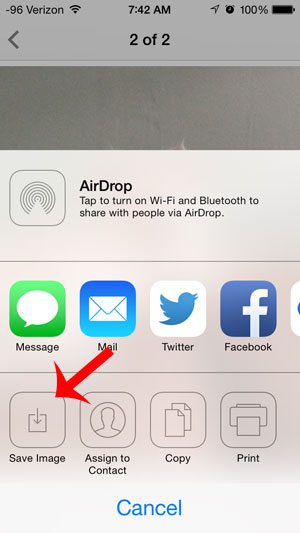 Did you know that you can also save pictures from websites to your iPhone? If you want to send someone a picture that you have found on a website via text message, then that is one of the easiest ways to do so.