If you need to learn how to save as a PDF in Word 2011, then it is typically because you have someone that is specifically requesting that file type, or because you want to be able to add a feature to the document that you cannot get from Word 2011.

The ability to save a document as a PDF is part of Microsoft Word for Mac, and you can do so in a similar manner to how you would normally save a document. Note that after you have saved the document as a PDF you will no longer be able to edit it in Word 2011, as the program is not capable of editing PDF files. So if you think that you might need to edit the document later, then it might be a good idea to save it as a normal Word file as well.

Saving as  a PDF in Word for Mac

The steps in this article are specifically meant to show you how to save your document as a PDF file in Word 2011 for Mac. You can also save as a PDF in some other versions of Microsoft Word as well, such as Word 2013.

You can learn more about how to save documents in Word 2011 on Microsoft’s website.

Step 2: Click the File tab at the top of the screen, then click the Save As option. 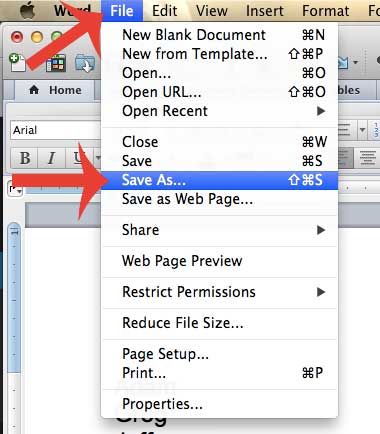 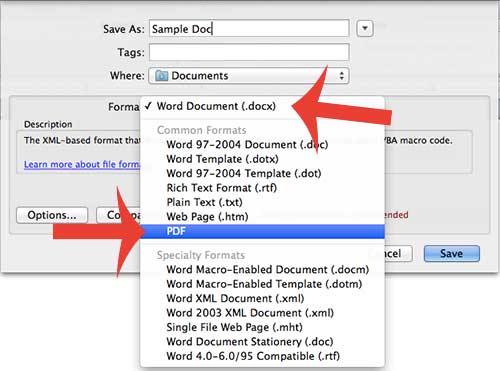 Step 4: Enter a name for the file and select the location where the PDF will be saved, then click the Save button at the bottom-right corner of the window to create your PDF document. 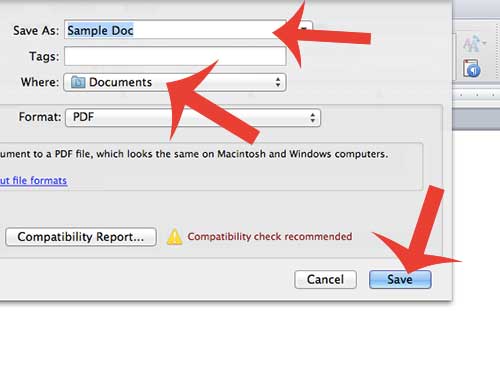 Do you have a Word document with a list that needs to be sorted? Learn how to sort in Word 2011 so that you can alphabetize lists or paragraphs.