One element of Pokemon Go that can be exciting is the Pokestop feature. Pokestops occur throughout the real world, and spinning them can give you things like Pokeballs, potions, evolution items, and more. One item that you can receive is an egg. Eggs come in three varieties: 2 km, 5 km, and 10 km. Once that egg hatches you will get a new Pokemon that will automatically be added to your Pokedex.

In order for that egg to hatch, however, you need to place it in an incubator, then walk the distance specified by the type of egg it is. Our guide below will show you where to go in the Pokemon Go game in order to put an egg into an incubator.

How to Hatch an Egg in Pokemon Go

Step 2: Tap the Pokeball at the bottom of the screen.

Step 4: Tap the Eggs tab at the top of the screen. 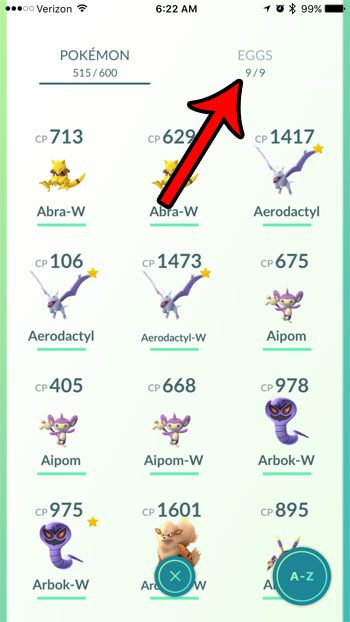 Step 5: Select the egg that you want to incubate. 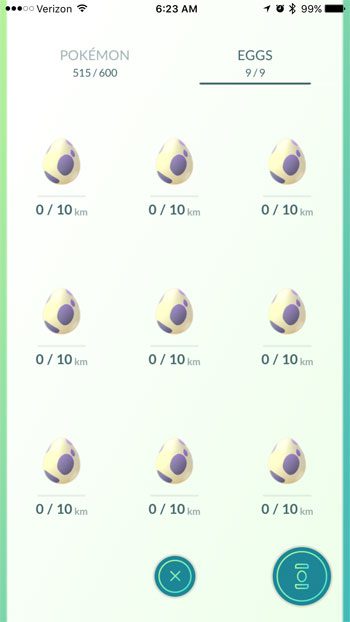 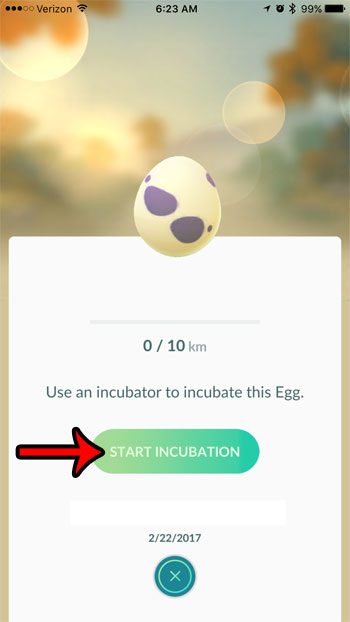 Step 7: Tap the incubator that you want to use. If you haven’t purchased an incubator before or gotten one as a reward for leveling up, then you likely only have the orange infinte incubator. 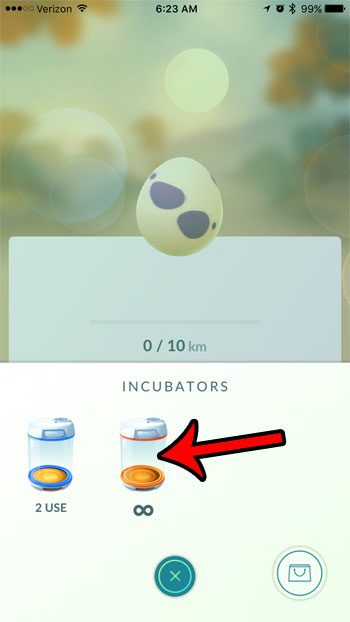 Do you have a child or family member that is also playing Pokemon Go, but you want to be able to stop them from making in-game purchases? Learn how to use the Restrictions menu on the iPhone to block in-app purchases on the device, including those made from the store in Pokemon Go.