We have previously written about how helpful change tracking can be in Microsoft Word 2010 when you are collaborating with others on a document as a team. But occasionally the document will need to be shown to someone outside of the team, and the change markup can be ugly, distracting, and confusing.

So you might be looking for a way to hide the changes without removing them from the document, which will allow you to address the proposed changes later. Fortunately you can hide the markup that is displayed when change tracking is enabled by following our short guide below.

Step 2: Click the Review tab at the top of the window. 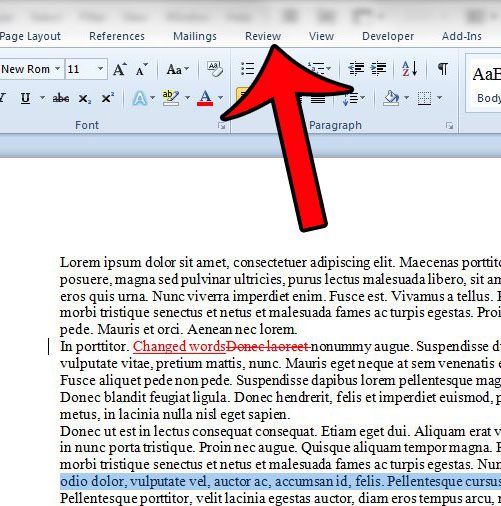 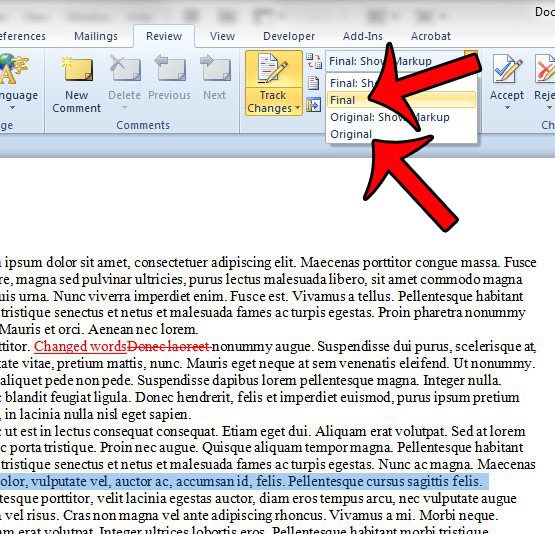 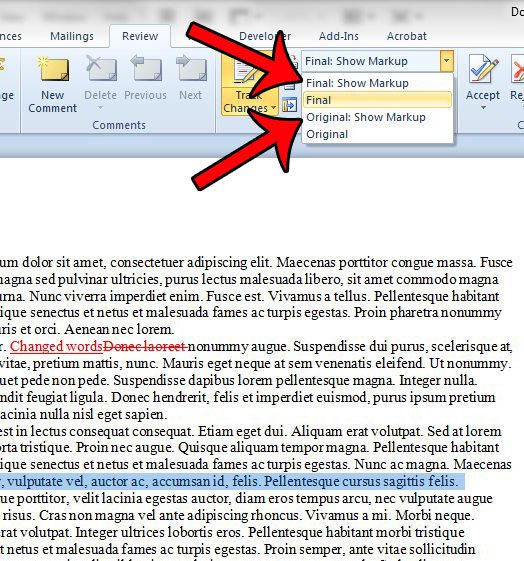 Is Word 2010 showing the wrong name or initials for comments that you are making in documents? Learn how to change the comment name so that your changes can properly be attributed to you when seen by other people viewing the document markup.