Adding comments and tracking changes is a very helpful feature in Microsoft Word that makes it much easier for a team of people to collaborate on a document.

But if you share a computer with a co-worker or a family member, then their name might be the one associated with the copy of Microsoft Word on your computer. This means that their name is the one that will appear on any comments that you add to a document, which could be confusing to the members of your team. Fortunately you can change your comment name in Word 2010 by following our short guide below.

Change the Name and Initials That Appear in Word 2010 Comments

This will also change the user name in other Office 2010 products, such as Microsoft Excel and Powerpoint. 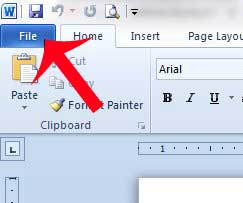 Step 3: Click Options in the column at the left side of the window. 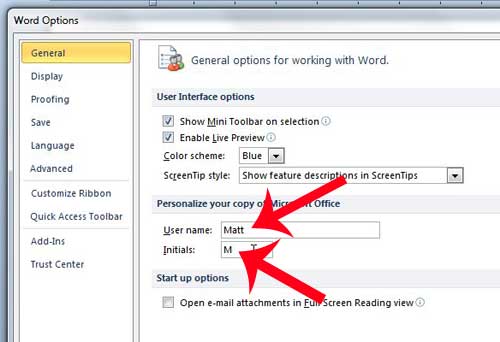 Step 5: Click the OK button at the bottom of the window to save your changes. As mentioned previously, this will not change the name and initials on comments that were previously entered. You will need to go back and remove any existing comments with the old name, then re-enter them with the new name.

Do you have a table that doesn’t fit on your document? Learn how to fit a table to one page in Word 2010 so that it prints properly.