The Dropbox app for the iPhone has a great feature that lets you automatically upload pictures from your iPhone to your Dropbox account. This not only makes sure that you have backups of your pictures, it also solves a common problem of getting your iPhone pictures to your computer.

But if you also record a lot of videos on your iPhone, then you have probably noticed that it isn’t uploading those as well. This is meant to save space in your Dropbox account, but it is a feature that’s available if you want to use it. Our tutorial below will show you how to enable video uploads in Dropbox on your iPhone.

The steps in this article were performed on an iPhone 7 Plus in iOS 11.3.2. By enabling this setting you are going to be automatically uploading your videos to your Dropbox account when you upload your pictures as well. Note that video files can be quite large, meaning that they will take a while to upload, and will also use a lot of storage space in your Dropbox account. If you have an upgraded Dropbox account then this is less likely to be a problem, but it can be an issue if you have a free Dropbox account. 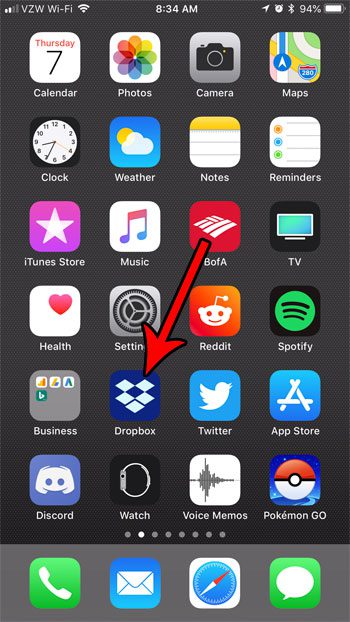 Step 2: Select the Account option at the bottom-right corner of the screen. 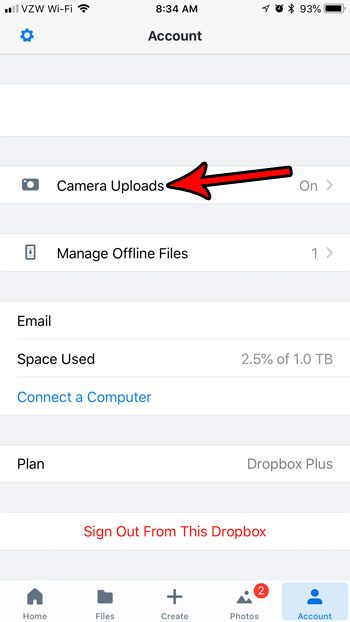 Step 4: Tap the button to the right of Upload Videos to enable it. 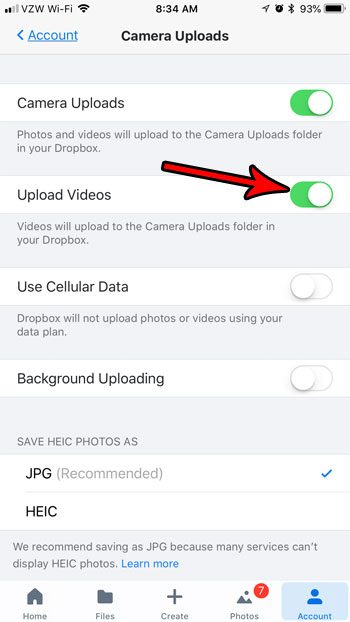 If you don’t have an unlimited data plan, then it will probably be a good idea to make sure that the Use Cellular Data option is turned off while you are on this menu. These automatic Dropbox uploads can use a lot of data if you are uploading pictures and videos on a regular basis, so ensuring that the uploads only occur over a Wi-Fi network is a good way to preserve your data. There are other ways to preserve cellular data on your iPhone, too, if you find that you are often near or over your monthly allotment.