Occasionally you will need to create a document for a project, but you will need to present an example of that document before you have actually had a chance to create it. Fortunately, rather than finding text to copy and paste, Word 2011 for Mac can create sample text to fill in the document very quickly.

The sample text that you create will be one sentence repeated over and over, where you specify the number of paragraphs and sentences that will be created. The entire process is performed using a very simple formula, and we will show you how to use it in the guide below.

The steps in this article are going to add sample text to your document in Word 2011. The sample text that is going to be added is “The quick brown fox jumps over the lazy dog.” You can specify the number of paragraphs and sentences of text that will be created as part of this process.

If you often use Microsoft Word on a Windows PC, then you might be familiar with the =lorem(x, x) command that will add “lorem ipsum” text to your document. Unfortunately this option is not available in the Word for Mac 2011 version.

Step 2: Click inside the document, then type =rand(x, x). I am entering =rand(10, 9) which will create 10 paragraphs with 9 sentences per paragraph. You can specify the number of paragraphs by replacing the first x in the formula with that number, then specify the number of sentences by replacing the second x in the formula. Press Enter on your keyboard when you are finished to create the sample text. 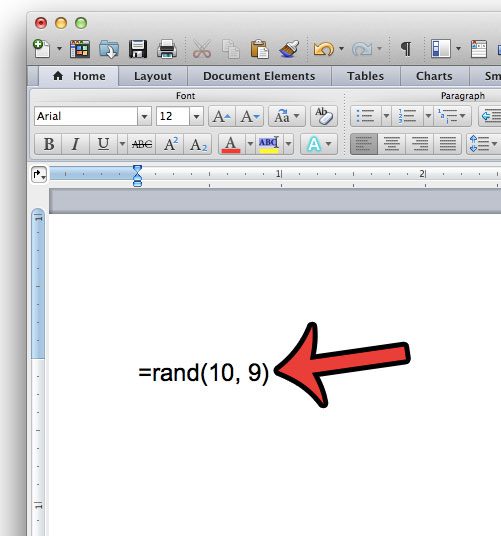 Step 3: The resulting document should look something like the image below. 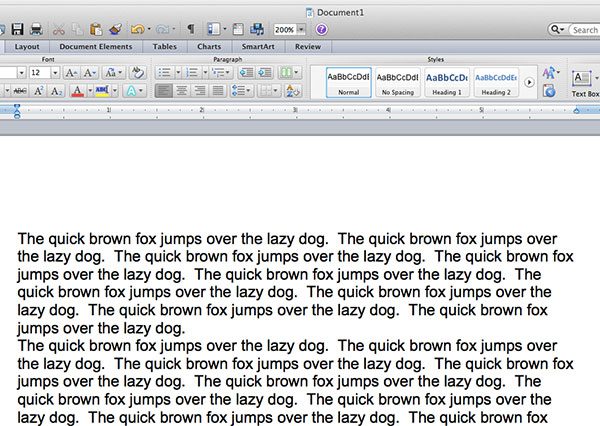