You may already know that iMessages can be sent and received by Apple devices that are sharing the same iMessage account, but you might have been wishing that you could also send and receive text messages from devices other than your iPhone. Fortunately Apple added this feature in an update for iOS 8, and that behavior is now possible.

Our guide below will show you how you can enable your iPad to also send and receive text messages with the phone number attached to your iPhone. So continue reading so that you can start communicating via text on your iPad with people that are not using iMessage.

This feature is only available in iOS 8. These steps will not work for earlier versions of the operating system. 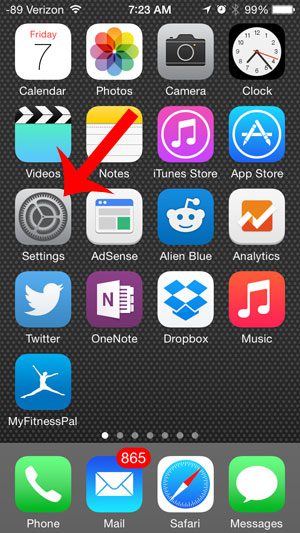 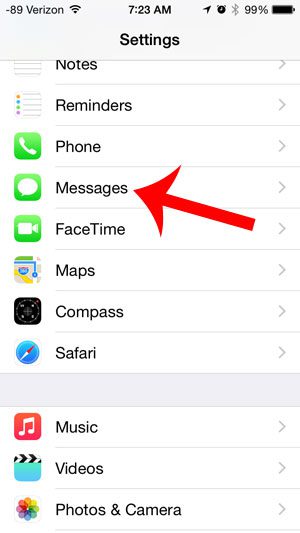 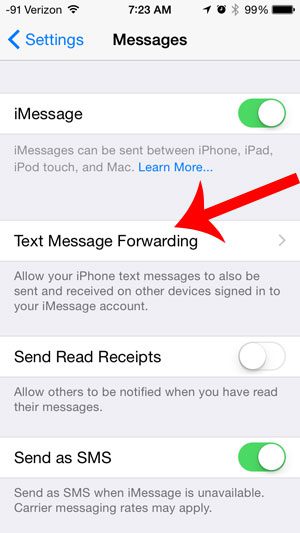 Step 4: Touch the button to the right of the device on which you want to receive your iPhone’s text messages. 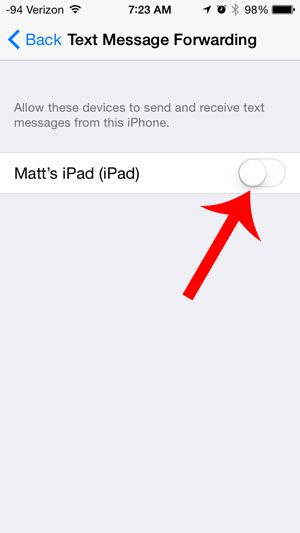 Step 5: Retrieve the code from the device, then enter it into the field on your iPhone screen and press the Allow button. 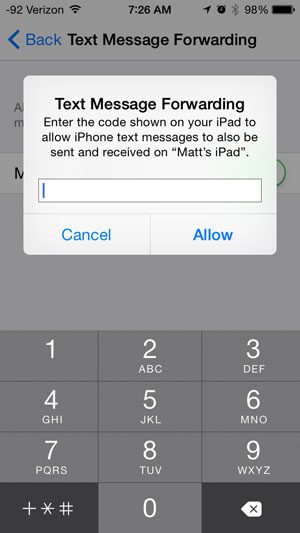 If you decide later that you do not like this feature, then simply return to the screen in Step 4 and turn it off.

Are you curious about why some of your text messages are blue, and some are green? This article will explain the difference.