It is very easy to create new email accounts, which can create a situation where you are using multiple accounts at once. This is common, and your iPad can easily manage many email accounts simultaneously.

Once you delete your email account from your iPad, all of your emails on this device will also be removed. These emails will still be accessible from other synced devices, or from a Web browser, until you delete the accounts from those locations as well. 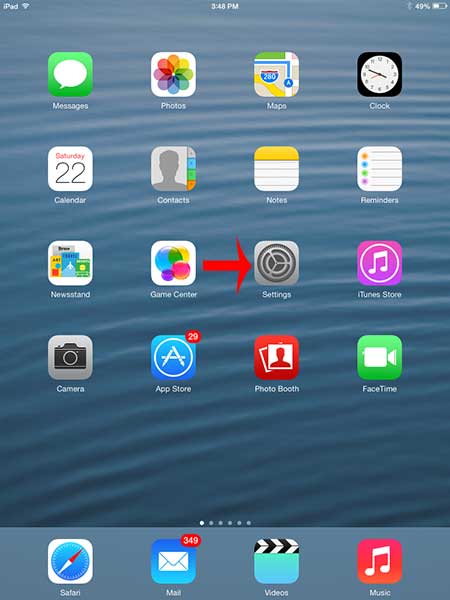 Step 2: Touch the Mail, Contacts, Calendars option in the column at the left side of the screen. 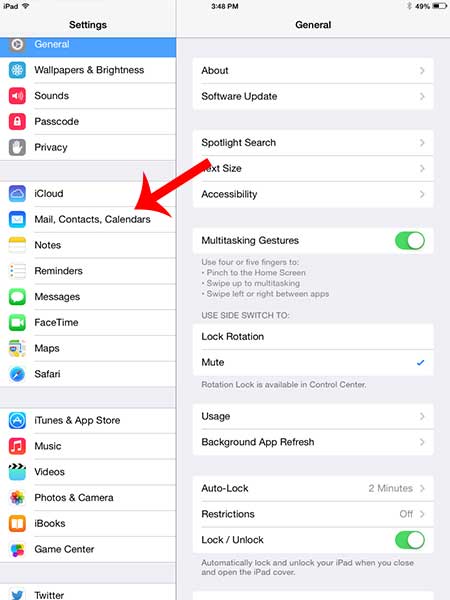 Step 3: Select the account that you want to delete from your iPad. 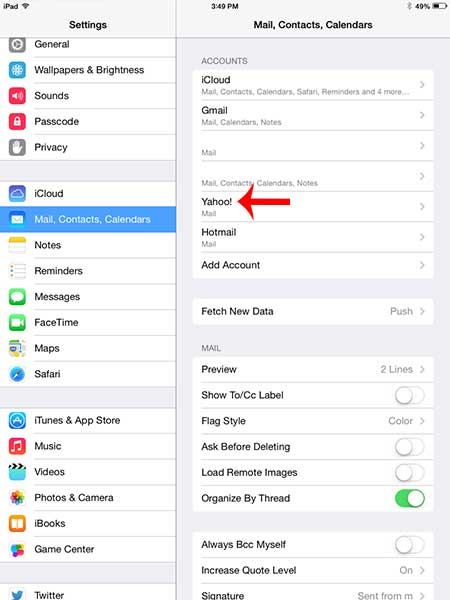 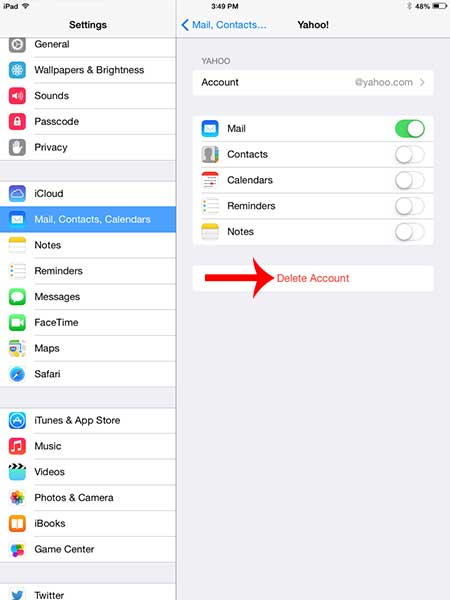 Step 5: Touch the Delete button to confirm that you want to delete the email account from your iPad. 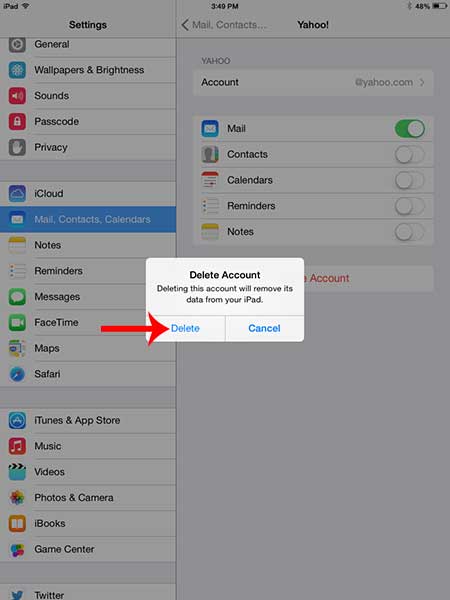