How to Remove a Complication from the Apple Watch

The steps below were performed on an iPhone 7 Plus, in iOS 10.2. The Apple Watch being used is an Apple Watch 2 using Watch OS 3.1.2. These steps will work for other iPhone and Apple Watch models as well. Step 4: Tap the Edit button at the top-right corner of the screen. Step 5: Tap the red circle to the left of the complication that you wish to delete. If you would like to remove a complication from a watch face, but don’t want to delete the complication entirely, then you can do so by tapping and holding on the Watch face on your Apple Watch, then tapping the Customize button underneath it. 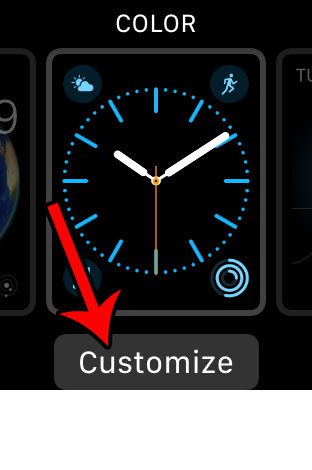 Swipe left on the watch face. Tap on the complication that you wish to remove, then turn the crown on the side of the watch until the Off option is selected. You can then press the crown button twice to exit this customization menu.