One of the biggest differences between iPhones and Android phones is the level to which you can customize your device. The different options for customization can be quite extensive, even to the point where you might not have considered that customizing a particular setting was even an option. One such setting that you can customize is the background of the Messages app.

By default, your Android Marshmallow device lets you change the background of the Messages app. You are given a few different patterns and colors to select from, providing you with some additional ways to customize the feel and appearance of your phone. So follow the steps below and see how you can start using something other than the current background when you are sending and reading your text messages.

The steps in this article were performed on a Samsung Galaxy On5 phone, using the Android Marshmallow operating system. Once you finish the steps below you will have a new background behind the messages that you view in the Messages app on your device.

Step 2: Touch the More button at the top-right of the screen. 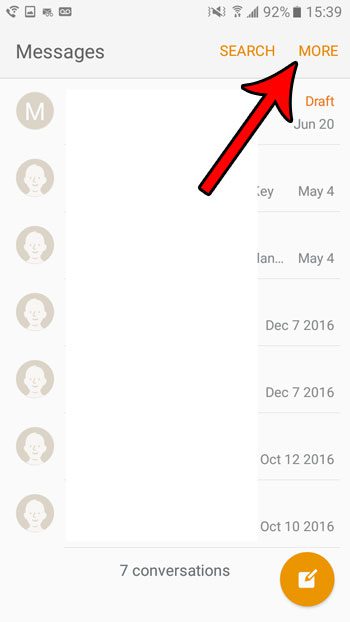 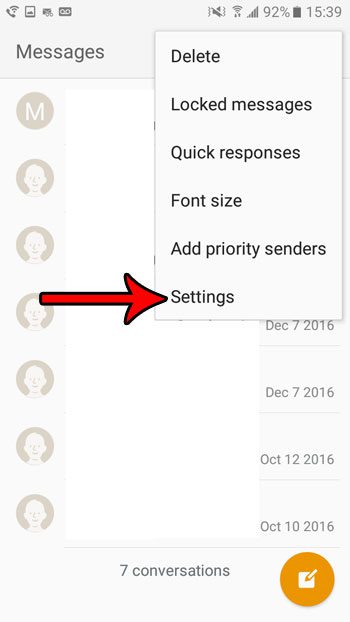 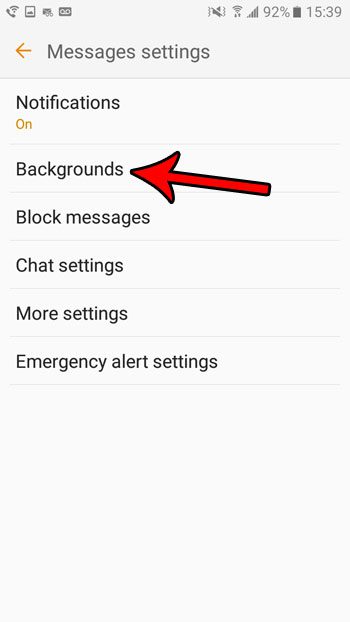 Step 5: Select your preferred background from the carousel at the bottom of the screen. The top part of the screen will update to show you what your messages will look like after the change.

Did you know that you can use the camera flash on the back of your phone as a flashlight? Find out how to use the flashlight in Android Marshmallow without needing a third-party app.