One of my favorite things about the Apple Watch is how much more convenient it makes checking phone alerts. Your iPhone syncs your notifications with the watch so, if you typically have your iPhone in a bag or in your pocket, you can simply look at your wrist instead of getting your phone out.

The steps below were performed on an Apple Watch 2, in the 3.1 version of Watch OS. These steps are performed on the watch itself, but can also be modified by opening the Watch app on your iPhone, opening the Sounds & Haptics menu, then adjusting the alert volume on that screen.

Step 1: Open the Settings app on the Apple Watch. You can get to the app screen by pressing the crown button on the side of the watch. 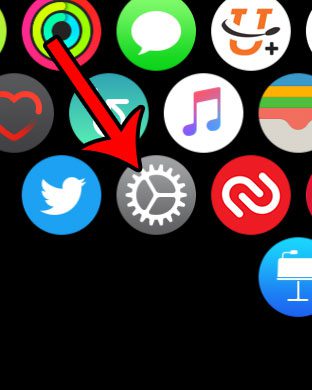 Step 2: Scroll down and tap the Sounds & Haptics option. 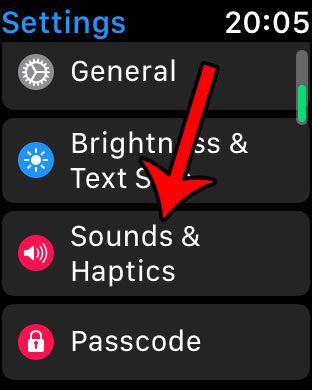 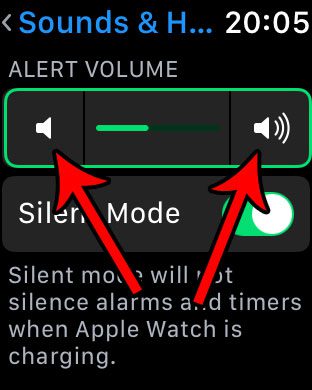 Press the crown button to exit the menu when you are finished.