Many of the pictures that you will take with your iPhone require you to act quickly. But unlocking your phone and launching the camera app can take a couple of seconds, at which point you may have missed what you were trying to photograph. Fortunately you can access the camera from the lock screen on your iPhone 7, gaining you some precious time if you need to snap that picture quickly.

Our steps below will show you how to use the camera from your lock screen by simply swiping in a specific direction. You won’t even need to unlock the device, and you will have access to all of the functions of the camera that are available when you launch the camera app from your Home screen.

How to Use the iPhone Camera Without Unlocking the Device

The steps in this article were performed on an iPhone 7 Plus, in iOS 10.2. These steps will work for most other iPhone models in most other versions of iOS. If you are unable to access the camera in this manner, then it may be restricted. Learn about restricting and un-restricting the iPhone camera.

Step 1: Press the Home or Power button to unlock your screen. If you have Touch ID enabled on your iPhone, then the device may unlock if you press the Home button, so the Power button might be the more consistent way to access your camera on the lock screen.

Step 2: Swipe left on the screen. 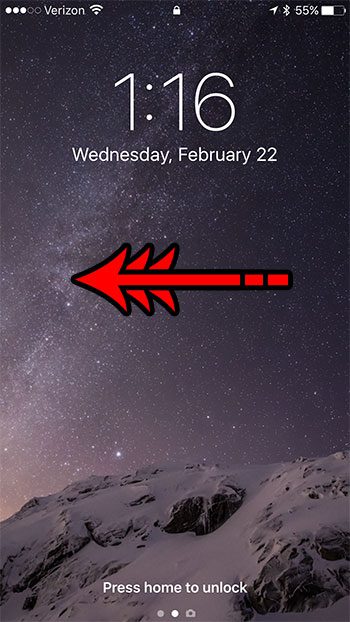 Step 3: Use the iPhone camera as you normally would to take a picture or record a video. 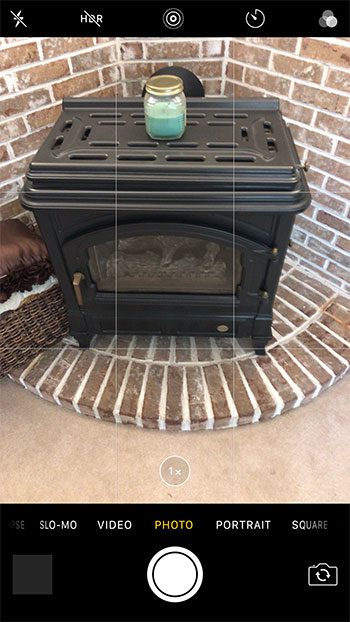 If you then press the Power button, the device will lock again. Additionally, the rest of your pictures on the iPhone will not be accessible if someone taps the gallery button at the bottom-left corner of the screen. That is one of the biggest benefits of accessing the iPhone camera from the lock screen. If you want to take a picture of someone then show that picture to them, they will not be able to view the rest of the pictures on your camera without unlocking the device.

Are you running out of room on your iPhone for additional pictures or videos? Learn about ways to free up storage space on your iPhone if you are finding that you are unable to save new files or apps to your device.