There are a lot of incidental sounds that you might hear as you use your Samsung Galaxy On5. There are different sounds for phone calls and text messages, and even sounds that play when you connect your charger, or lock your device. One other sound that you might have noticed is a sound that plays when you touch something on the screen. This is called a “touch sound” and serves to provide some audio feedback that you have successfully touched an element on the screen.

But you might find this to be unwanted or unnecessary, which will lead you to look for a way to disable it. Our tutorial below will show you how to turn off the touch sounds on your Galaxy On5.

The steps in this guide were performed on a Galaxy On5 using the Marshmallow (6.0.1) version of Android. 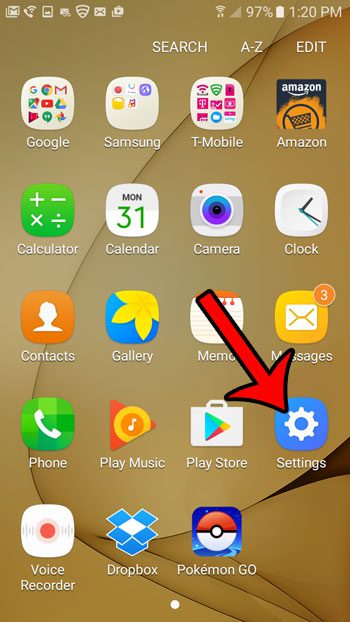 Step 3: Tap the Sounds and vibrations button at the top of the screen. 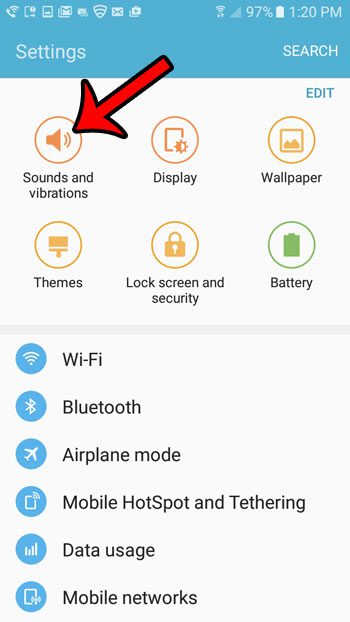 Step 4: Scroll down and tap the Touch sounds button to turn it off. 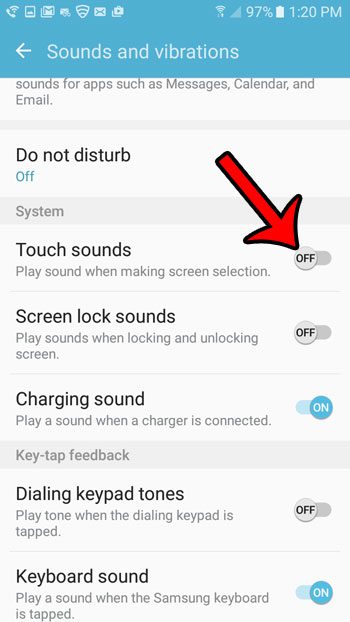 Note that there are several other types of sounds on this screen that you might like to change as well, such as the sound that plays when you connect a charger, or the sound that you hear when you lock the device.

Are you receiving a lot of unwanted calls on your cell phone? Learn how to block calls on the Galaxy On5 so that the same number can no longer repeatedly make calls you your device.