You can install an Android update to your Samsung Galaxy On5 directly from the phone itself. Our guide below will show you the steps to take in order to install that update on your device.

The steps below were performed on a Samsung Galaxy On5, and will show you how to download and install an OTA (over the air) update of the Android operating system. While most operating system updates will go smoothly, there is a possibility that something could go wrong. Therefore, it’s always a good idea to make sure that you have a backup of your Galaxy On5’s files. You can configure the device backup by going to Settings > Backup and reset and configuring the backup options on that menu. 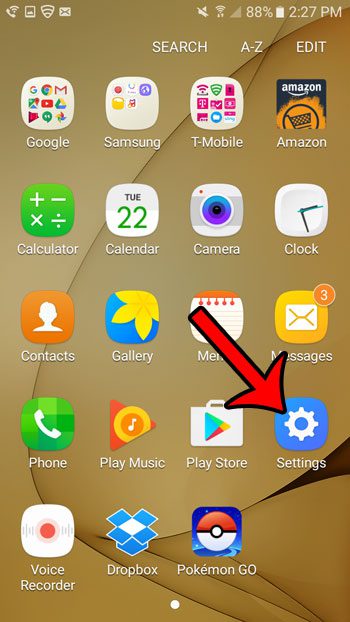 Step 3: Scroll to the bottom of the menu and tap the About Device button.

Step 4: Tap the Download updates manually option, then wait for your phone to check for the most recent version of the device’s operating system. Step 6: Tap the Start button to begin the update.

Step 7: Tap the OK button again to restart the phone and complete the update installation.

Would you like to be able to take and share screenshots of your Galaxy On5, too? This article will show you the steps to take in order to create Galaxy On5 screenshots without downloading any additional apps.