You might discover that you want to turn off automatic app updates on your Galaxy On5 if the device happens to install an update at the wrong time, or if you were specifically avoiding an updated version of an app due to a known issue, or your preference to use a specific feature in an older version. Your Galaxy On5 will automatically install updates as they become available, as it operates under the assumption that you always want the most current version of an app.

But, for a variety of reasons, you might prefer to have manual control over what updates are installed on your device, so you want to disable those automatic app updates. Our steps below will show you how to find this option through the Play Store menu on your phone.

How to Disable Automatic App Updates on the Galaxy On5 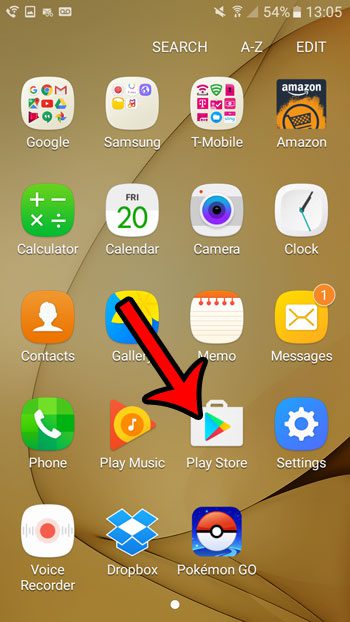 Step 3: Tap the Menu icon (three horizontal lines) at the left end of the search bar. 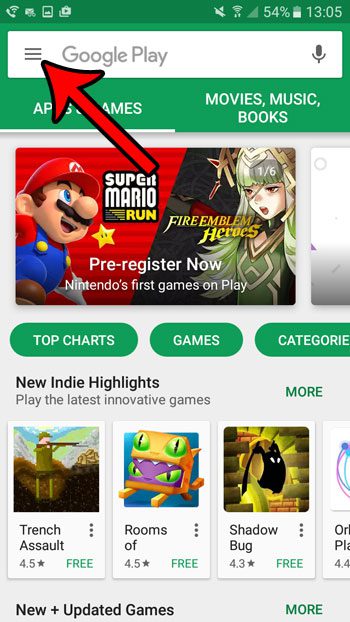 Step 4: Scroll down and select the Settings option. 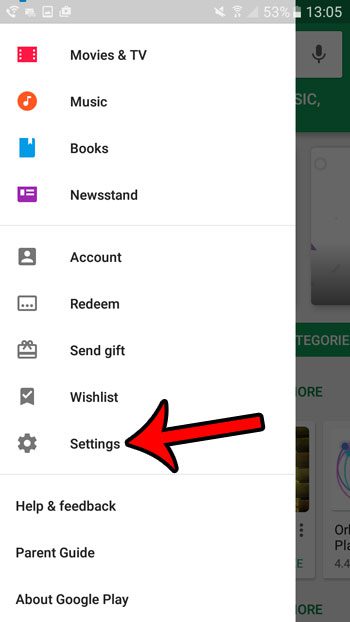 Step 6: Tap the circle to the left of Do not auto-update apps. 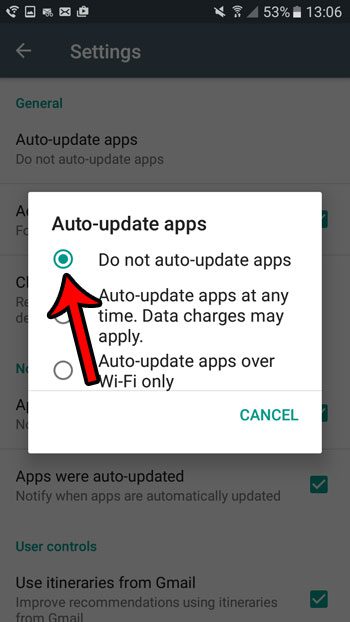 In some cases a developer might disable certain features, or the entire app, if you are running a version of an app that is no longer supported. If you find in the future that an app is no longer working, then you might need to return to the Play Store menu and allow some apps to be updated on the Galaxy On5.

Would you like to share pictures of your phone screen with your friends and family? Learn how to take screenshots on the Galaxy On5 to create pictures of your screen that you can share from your picture gallery.