If your Samsung Galaxy On5 is feeling a little slow, or if it seems to be lagging when you are trying to open an app or menu, then you may think it is due to a lack of storage or memory. While that might be the case, there is another setting that might be enabled on the device which is causing it to be a little slower than it needs to be.

There are subtle animations that play when you open and close apps, as well as perform other similar actions, and these animations can have a surprising effect on the spped of your Galaxy On5. Our guide below will show you how to enable the Developer Options mode on the Galaxy On5 so that you can turn off these animations and speed up your phone.

How to Disable Animations on the Samsung Galaxy On5

The steps in this article were performed on a Samsung Galaxy On5, running the Marshmallow (6.0.1) version of the Android operating system. Note that you can do something similar on an iPhone. Learn how to enable the Reduce Motion setting in iOS. 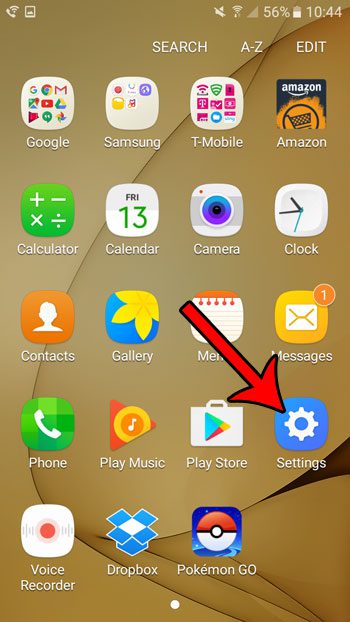 Step 3: Scroll to the bottom of the screen and select About device.

Step 4: Scroll down and tap on the Build Number option 7 times. This unlocks Developer Mode. 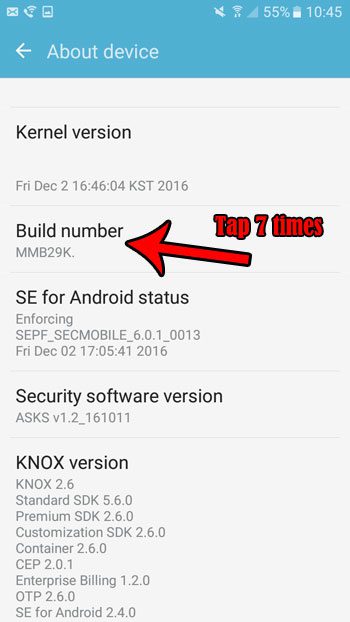 Step 5: Tap About device at the top-left corner of the screen. 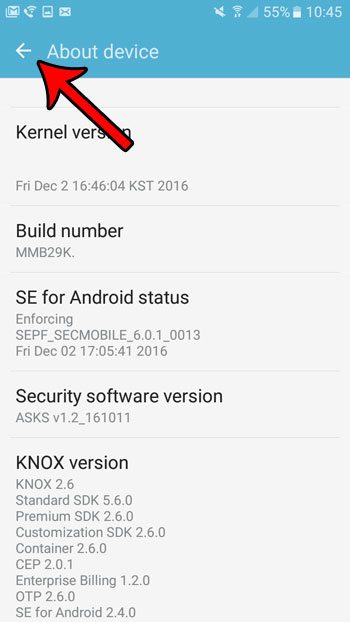 Step 6: Select the Developer options item. It is above About device. Step 8: Select the Animation is off option. 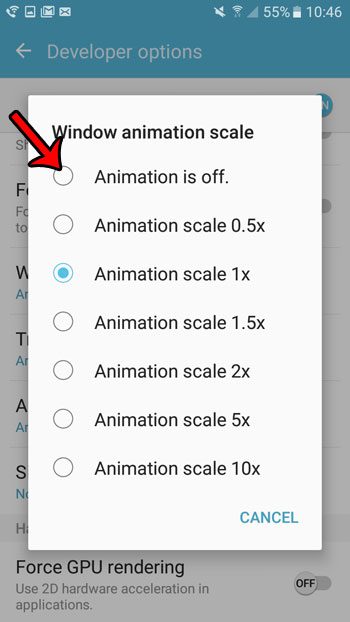 Step 9: Repeat steps 7 and 8 for the Transition animation option and the Animator duration scale option.

Did you know that you can take pictures of your screen without any additional apps? Learn how to take a screenshot on the Galaxy On5 to create pictures that you can share or use in the same way that you would use pictures you take with the camera.