Our guide below will show you two different ways that you can enter Airplane Mode on your iPhone. Both are short and simple, and you can follow the steps again after you land to exit Airplane Mode and return to normal iPhone mode.

Two Methods for Entering Airplane Mode on an iPhone

The steps in this article were performed on an iPhone 5, in iOS 8. The steps to enter airplane mode may be different on earlier versions of iOS. Step 2: Touch the button to the right of Airplane Mode. You will know that it is turned on when there is green shading around the button, as in the image below. 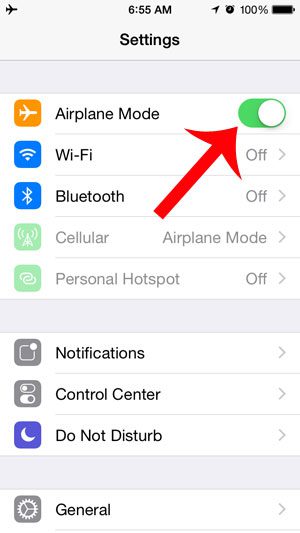 Step 1: Exit any open apps to return to your Home screen. 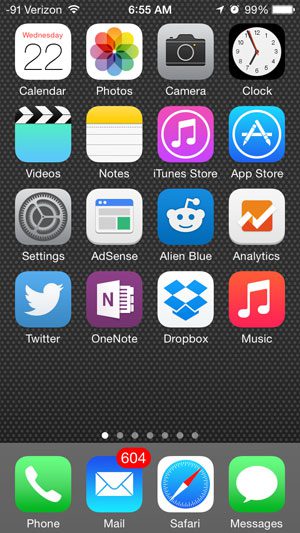 Step 2: Swipe up from the bottom of the screen to bring up the Control Center. 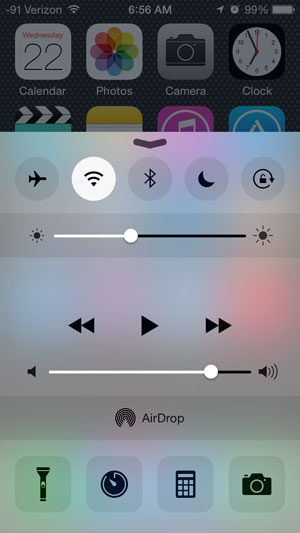 Step 3: Touch the airplane icon at the top-left of the Control Center. You will know that it is turned on when the the icon is white, as in the image below. 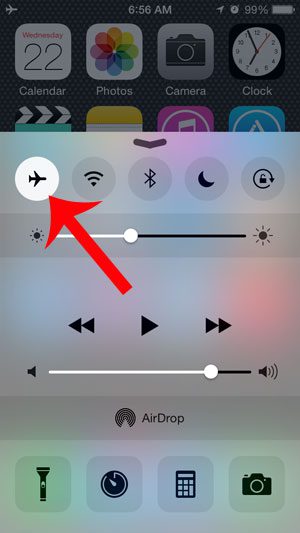 If you have a Netflix account and the Netflix app is installed on your iPhone, then you may be worried that all of that video streaming could impact your monthly cellular data allotment. Learn how to restrict Netflix to Wi-Fi so that you can only stream Netflix movies while you are connected to a Wi-Fi network.