Is the alarm sound on your iPhone 5 an undesirable way to wake up in the morning? This is a problem that you can fix by using a song on your iPhone as an alarm instead. It can be much more soothing to wake up to an enjoyable song than a piercing sound, so following our steps below will show you how to do this.

How to Make Your Alarm a Song on an iPhone

Note that the song that you use as your alarm sound will need to be one that is currently available in the Music app on your iPhone. 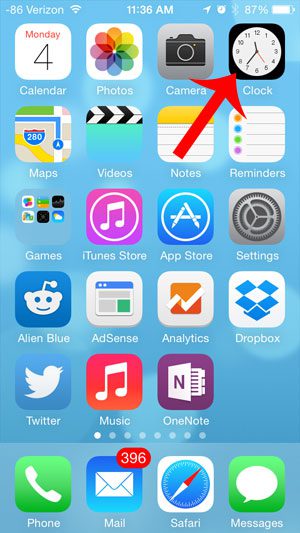 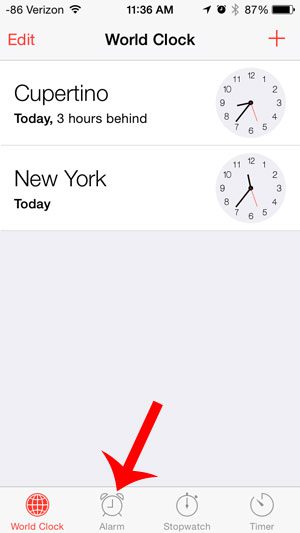 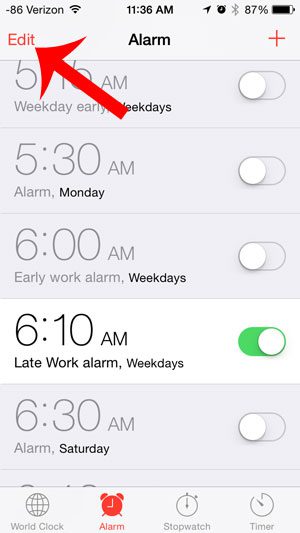 Step 4: Select the alarm for which you want to use a song. 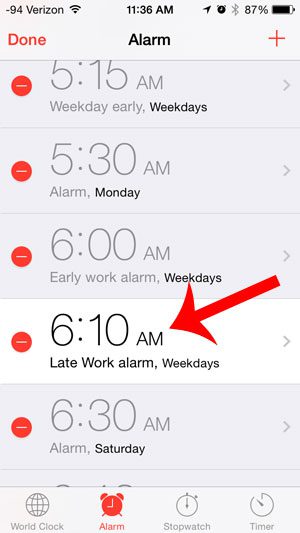 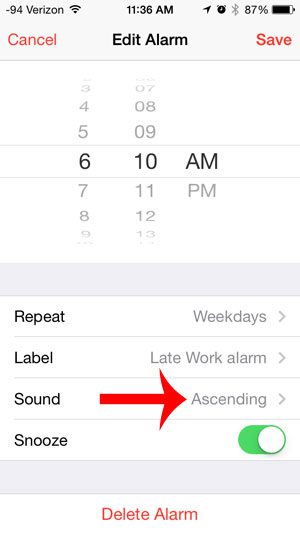 Step 6: Scroll to the top of the screen, then select the Pick a song option. 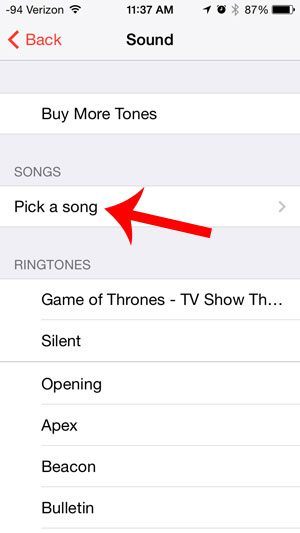 Step 7: Tap the song that you want to use as your alarm sound. 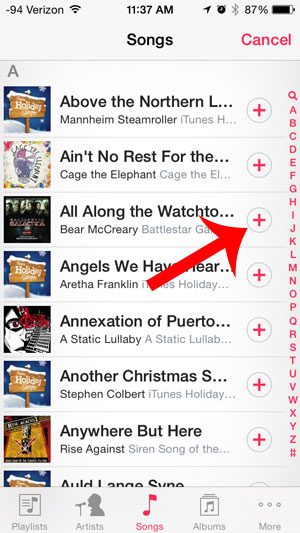 Step 8: Touch the Back button at the top-left corner of the screen. 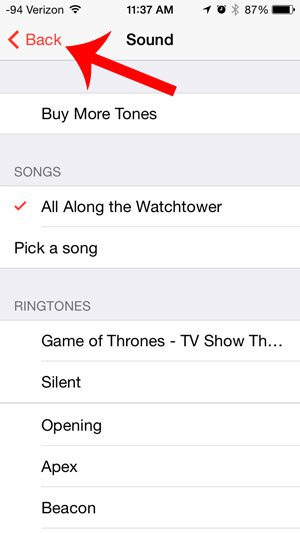 Step 9: Touch the Save button at the top-right corner of the screen to save your changes. 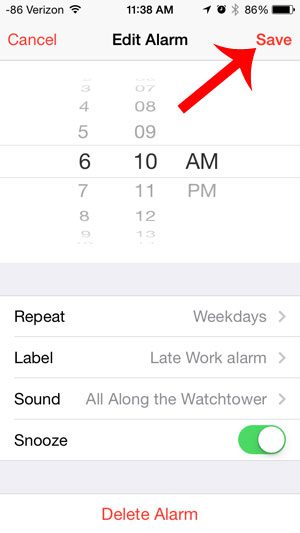 Would you like to change the days on which your alarm goes off? This article will show you how you can set an alarm to go off on multiple days of the week.