The Apple Watch has a lot of intuitive design features that make it easy to use, despite the lack of buttons and dials. You can interact with the watch face through touch, and you can access additional menus by swiping from the sides of the screen.

But you may find that certain elements of the watch are not ideal, such as the size of the text on the screen. If you are having difficulty reading the information on your Apple Watch, then you can follow the steps below to adjust the text size.

How to Change Text Size on the Apple Watch

These steps will require you to use the Watch app on your iPhone. The iPhone in this guide is an iPhone 7 Pus, running iOS version iOS 10.0.3. The Apple Watch being used is an Apple watch 2, running Watch OS 3.0. 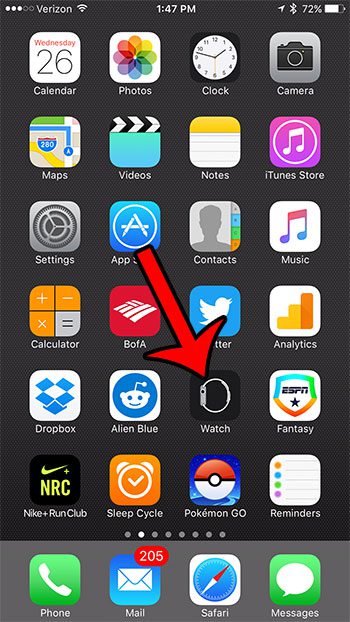 Step 2: Open the My Watch tab at the bottom-left corner of the screen.

Step 3: Scroll down and select the Brightness & Text Size option. 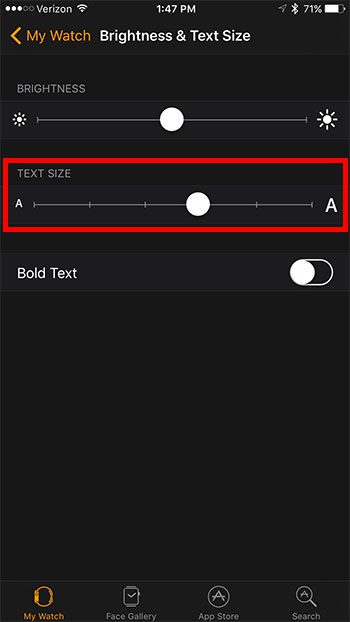 Note that the changes will appear on your Watch almost instantly. It can be helpful to have something open on the watch, such as a text message, so that you can see what the text size change looks like while it is happening. This will make it much easier for you to find the text size that you prefer.

Are there apps on your Watch that were installed automatically, but you would like to remove them? Find out how to delete an app from your Apple Watch if it isn’t something that you are going to use.