The Apple Music service that is available on your iPhone give you access to a very large library of songs. These songs can be downloaded and saved to your iPhone, and you can play them in a number of different ways. One helpful tool that you can use to customize a list or group of songs on the device is a playlist.

The playlist feature on your iPhone allows you to group songs into a list that you curate, then you can choose to play that playlist. Your iPhone will then play those songs in order, or shuffle through them, based on your current settings. Our tutorial below will show you how to create a playlist on your iPhone 7.

Creating a New Playlist on an iPhone 7

The steps in this article were performed on an iPhone 7 Plus, in iOS 10. Note that you can edit playlists after they have been created, either by removing songs from the playlist or adding new ones. You do not need to create a complete playlist during the initial process of creating it. 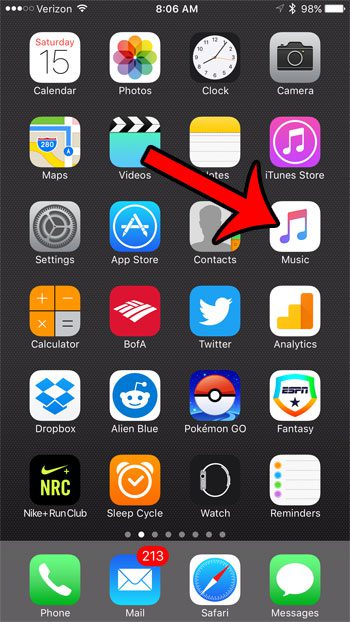 Step 2: Tap Library at the bottom of the screen. 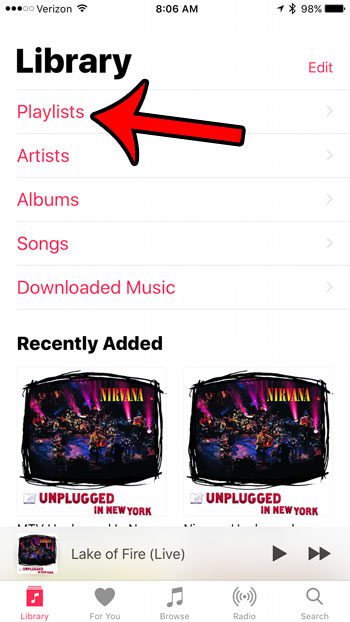 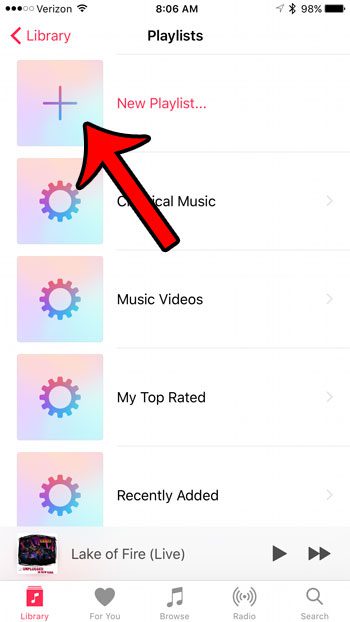 Step 5: Give your playlist a name, then tap the green Add Music button. 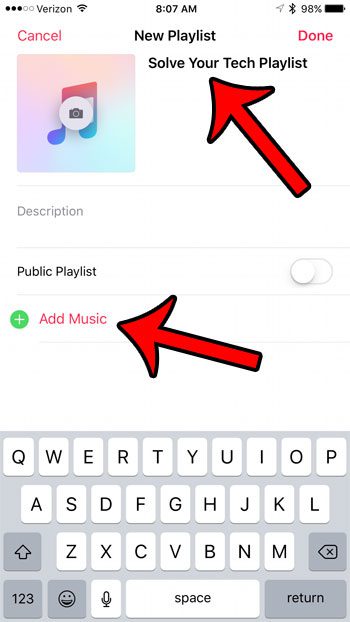 Step 6: Search for a song that you would like to add to the playlist. 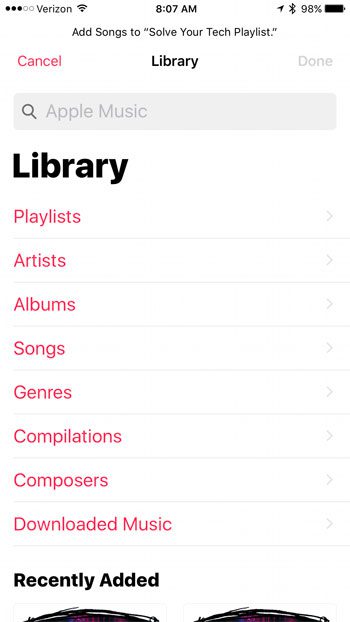 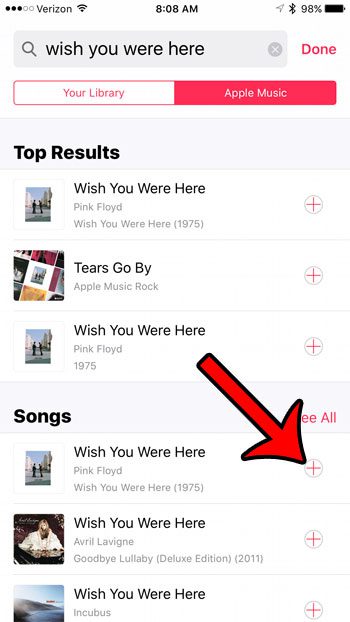 Step 8: Touch the red Done button at the top-right corner of the screen when you have finished adding songs to the playlist. 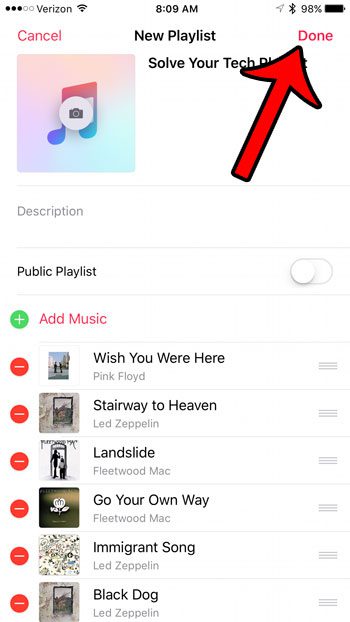 Do you have an Apple Watch, and you would like to be able to save music to the device so that you don’t need to play the music from your iPhone? Click here and learn more about how your Apple Watch can interact with Apple Music.