Smartphone screens are getting bigger with better resolutions, which have made them comparatively easier to read. However, the default text size can still be a strain on someone that doesn’t have perfect vision. Until the release of iOS 7 there was little that could be done to fix this problem.

However, iOS 7 has brought a new “Text Size” menu that allows you to manually adjust the size of text that appears on the screen. This can help greatly in making certain apps and screens easier to read, often without having a large effect on the overall appearance.

Note that this is not going to make the screen easier to read in every app. The text size adjustments are only applied to apps that use a feature called “Dynamic Text.” For example, this will make text bigger in the Mail and Messages app, but it won’t make it any larger in iTunes. But for people that have been looking for a simple solution to make the text larger on their iPhone 5, even easier reading in just a couple of the more reading-intensive apps is a welcome addition. 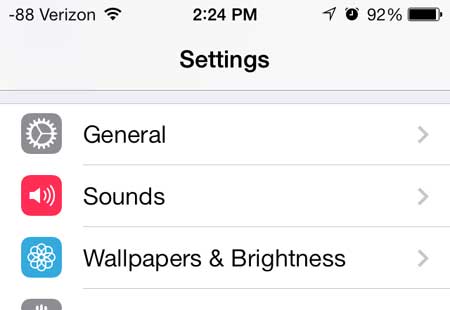 Step 3: Scroll down and touch the Text-Size button. 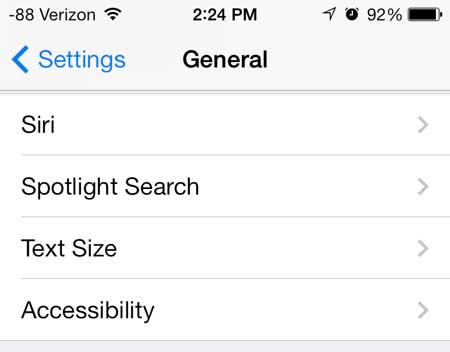 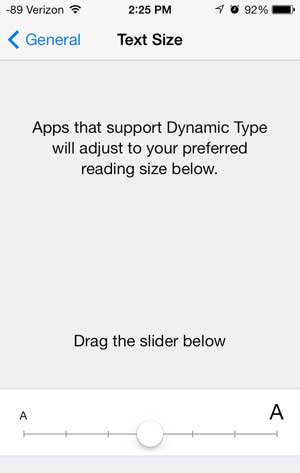 Note that you can always come back here at any time to adjust the text size if you find that your last adjustment didn’t work as well as you had hoped.

iOS 7 introduced a ton of new features, functionality and accessibility. One of the more exciting changes involves a new location called the Control Center. Click here to learn how to access the control center and use new features like the iOS 7 flashlight.