The lack of physical buttons on the iPhone means that there are a lot of different ways for you to control features on the device. Many of the ways to interact with the iPhone involve tapping the screen, but there are other features, such as Shake to Shuffle, that rely on the accelerometer inside of the device.

The “Shake to Shuffle” feature is part of the Music app, and works exactly as the name of the feature implies. When you are listening to a song on the iPhone through the Music app, you simply need to shake your iPhone and the Music app will shuffle to the next song. This feature can be turned on or off, however, so if it is not working on your iPhone, then you can follow the steps in our guide below to enable it.

Turning on Shake to Shuffle in iOS 8

The steps in this article were written with an iPhone 6 Plus, in iOS 8. However, these steps will also work for other iPhone devices using the iOS 8 operating system.

Note that the Shake to Shuffle feature will only work for the iPhone’s default Music app. You will not be able to use it to shuffle songs in other music apps, such as Spotify or Pandora. 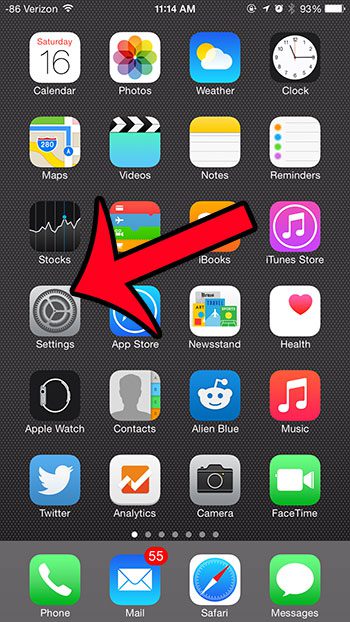 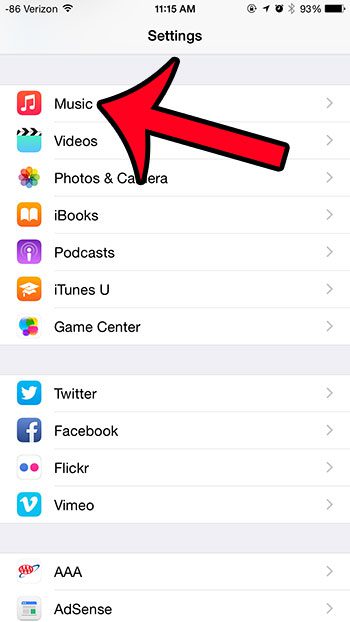 Step 3: Tap the button to the right of Shake to Shuffle to turn the feature on. You will know that it is turned on when there is green shading around the button, as in the image below. 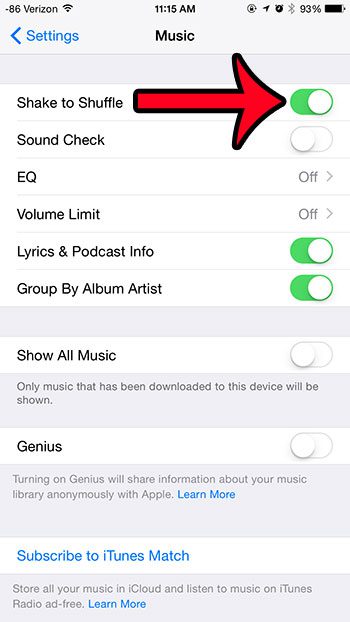 Is there a song that always comes up when you are shuffling through your library, and you no longer want to hear it? Learn how to delete a song from your iPhone to not only prevent the song from being played, but also free up a small amount of additional storage space. Plus, if the song is one that you purchased from the iTunes Store, you can always re-download it later.