Pokemon Go recently added a new feature called Adventure Sync. Among the functionality that this includes is the ability for Pokemon Go to count your movement even when the game is closed. This means that if you are walking around and don’t have Pokemon Go open, it will still count your movement for in-game features like buddy candy and egg hatching.

This setting doesn’t have to be turned on, however, and you can enable it or disable it whenever you want. Our tutorial below will show you where to find Pokemon Go’s Adventure Sync setting so that you can turn it on or turn it off.

How to Turn Adventure Sync On or Off

The steps in this article were performed on an iPhone 7 Plus in iOS 12. I am using the most current version of Pokemon Go that was available when this article was written. If you elect to turn off Adventure Sync then Pokemon Go will no longer track your distance when the game is closed, and instead will only do so when you have it open. 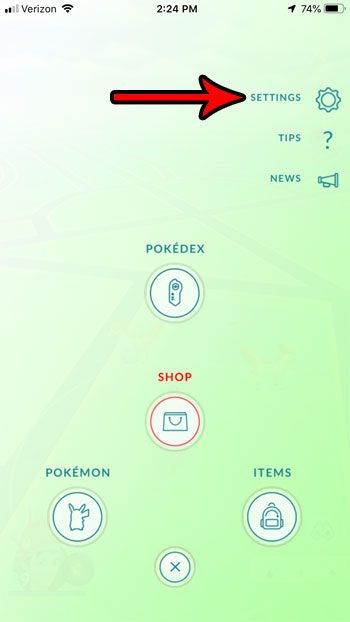 There are a number of other settings you can configure on this menu, including some of the notifications you receive. Find out how to disable gift notifications, for example, if you would like to stop receiving an alert on your phone whenever one of your Pokemon Go friends sends you a gift.