If you’re reading this article then it’s likely that you have experienced something that is pretty common among Spotify users. You are playing a song in the app, then the next song comes on and it’s either much quieter or much louder than the previous one.

This issue arises because individual songs are produced differently, and the volume level for one song may not be similar to the volume level of the next song. Spotify attempts to help with this issue via the “Enable Audio Normalization” setting in the app. Our tutorial below will show you where to find and enable this setting on your iPhone.

You can continue to the section below if you would like an expanded listing of the steps with images.

Expanded – How to Make Songs a Consistent Volume in Spotify

The steps in this article were performed on an iPhone 7 Plus in iOS 11.4.1, using the most current version of the Spotify app that was available when the article was written.

Ideally this setting is supposed to make it so that you have a consistent volume as you play different songs in the Spotify app. However, many users report that there is little difference in the volume levels, even when this setting is turned on. So while it’s a good idea to try it and see if it produces the result you are looking for, it’s best to keep your expectations low. 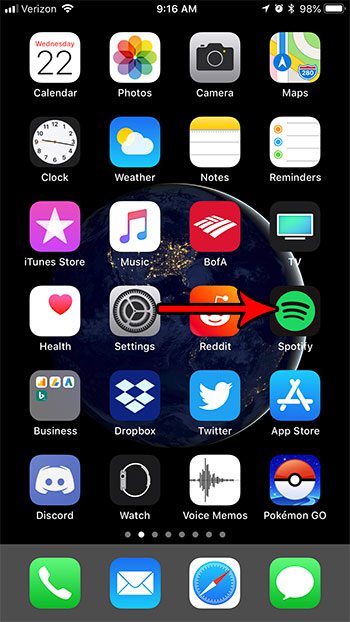 Step 2: Touch the Your Library tab at the bottom-right corner of the screen.

Step 3: Select the gear icon at the top-right corner of the screen. 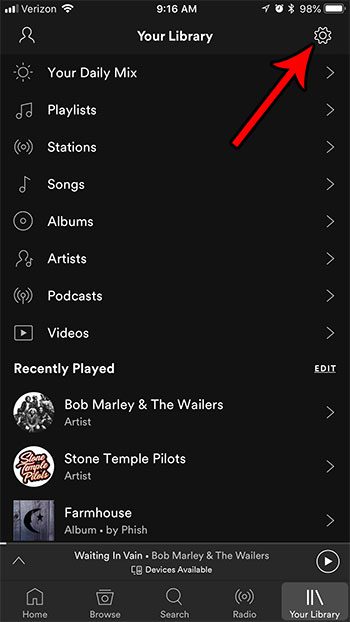 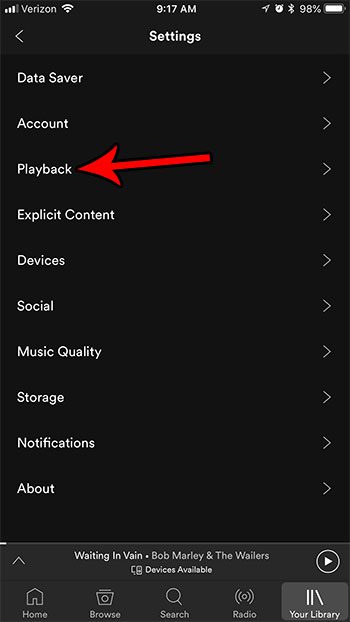 Step 5: Tap the button to the right of Enable Audio Normalization to turn it on. The setting is enabled when there is green shading around the button. It’s turned on in the picture below. 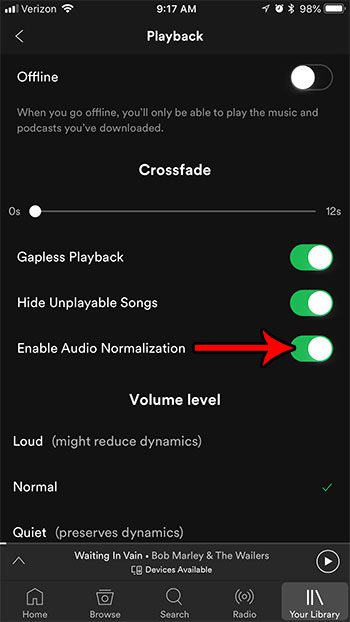 Are you setting up Spotify on a child’s iPhone and you want to be able to block songs with bad language? Find out how to block explicit content in the Spotify app on an iPhone.