Siri has a lot of integrated function with your iPhone, and it was increased with the iOS 9 update that was released in September of 2015. One new function that Siri offers is a group of suggestions that are displayed at the top of Spotlight Search, which you can access by swiping down from the top of your screen.

The steps in this guide were written using an iPhone 6 Plus, in iOS 9. These same steps will work for other iPhone models that are running iOS 9. If you are using a version of iOS that is lower than 9, then you do not have this option. You can update to iOS 9 directly from your device to gain access to the new features and settings found in the update.

Note that Siri Suggestions can still be displayed on your Spotlight Search screen, even if you have already disabled Siri on your device. The Siri Suggestions option needs to be turned off in addition to turning off Siri. 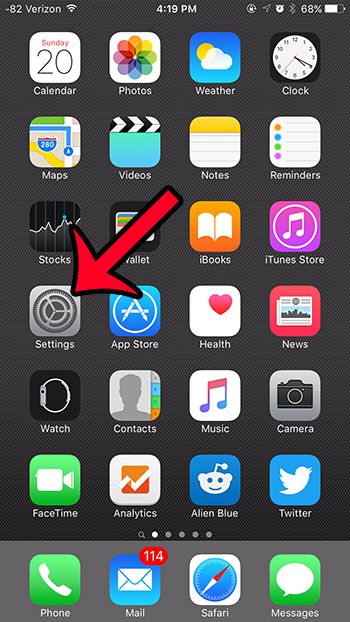 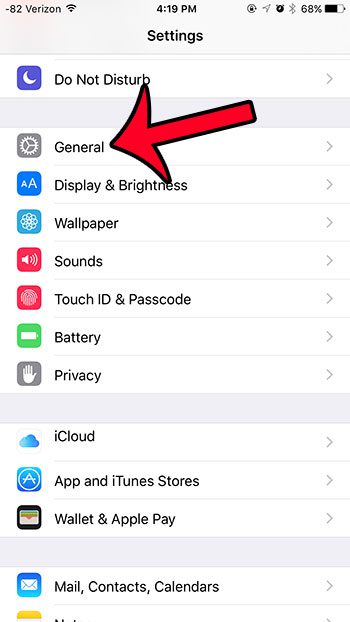 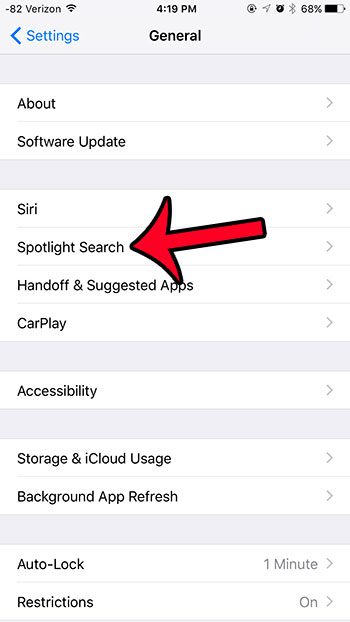 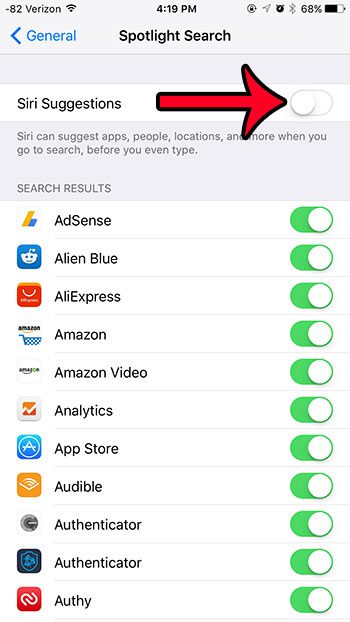 Do you dislike the change to the iPhone keyboard in iOS 9 where lowercase letters are displayed when appropriate? If you prefer to have capital letters displayed all the time, then you can turn off the lowercase letter option for your keyboard.