Pokemon Go is one of the most popular games that you can install on your iPhone. It lets you roam the real world in search of Pokemon, which you can catch as part of the game. Playing Pokemon Go requires you to download and install an app on your phone. To be safe, it’s a good idea to have about 400 MB of free space if you want to install and use Pokemon Go on your device.

This app is relatively large, however, and if your iPhone is close to its maximum capacity you might wonder if you have enough free space to install it. Our tutorial below will show you how to check the available space on your iPhone, as well as provide information about the size of the app and the data associated with it.

How to Check the Available Storage on Your iPhone 7

The steps in this article were performed on an iPhone 7 Plus in iOS 11.4. I am using the most current version of Pokemon Go that was available when this article was written. 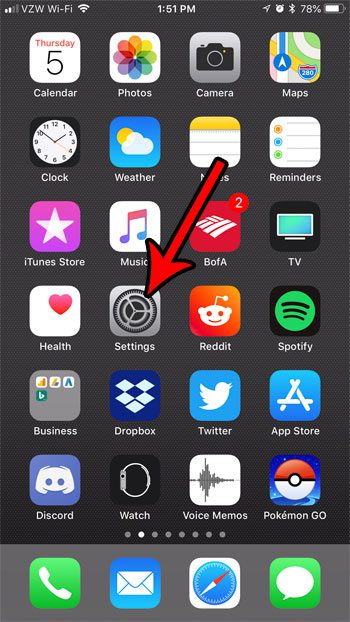 Step 2: Scroll down and select General. 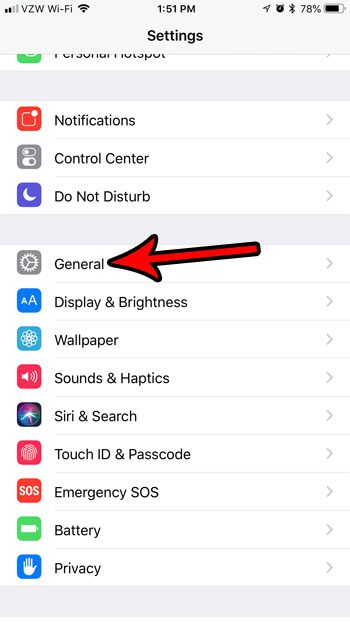 Step 4: Check the bar at the top of the screen to see how much space you are using. If you subtract the total storage from the used storage, you get the amount of available storage. In the image below that is 32 GB – 24.6 GB, which means I have 7.4 GB of storage left. 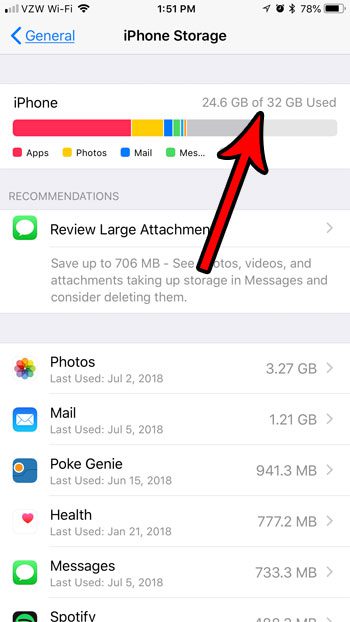 If I scroll down, you can see that Pokemon Go is currently using 356.2 GB of space. 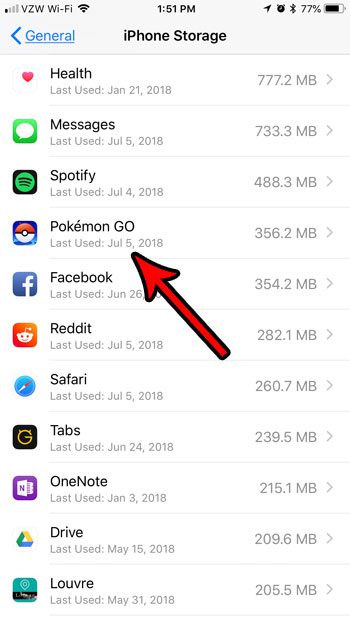 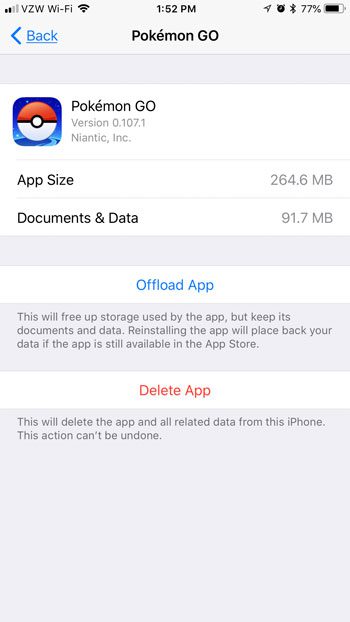 If you search for Pokemon Go in the iPhone’s App Store and select it, you can scroll down on the app page to the Information section, where it shows you that the download file takes up 253.7 MB of space. 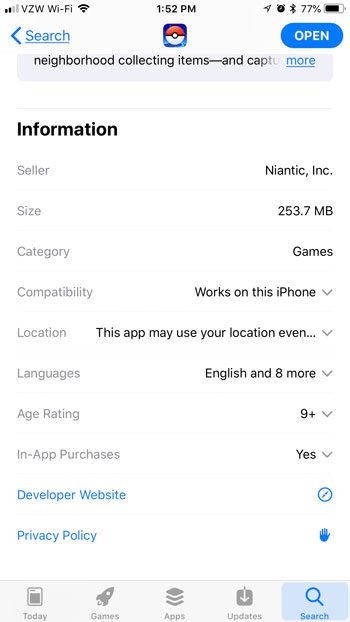 Pokemon Go has added a lot of features since it was originally released, and one of the most exciting ones is a friendship feature. You can even change your friend code in Pokemon Go if you’ve posted it publicly somewhere, like Facebook or Discord, but no longer want people to be able to add you as a friend if they found your code in that location.