Netflix now offers you the ability to download movies and TV show episodes to your iPhone so that you can watch them when you don’t have an Internet connection, or if you don’t want to stream video over a cellular connection. This is an awesome feature that people have been asking for, and it adds a whole new way to enjoy the excellent Netflix service.

But downloaded video files can take up a lot of your device’s storage space, which is often a problem for iPhone owners whenever they need to download new apps. Our guide below will show you how to delete a downloaded Netflix video from your iPhone if you need to increase your available storage space.

The steps in this article were written using an iPhone 7 Plus, in iOS 10.2. The version of the Netflix app being used is the most current one available at the time this article was written. 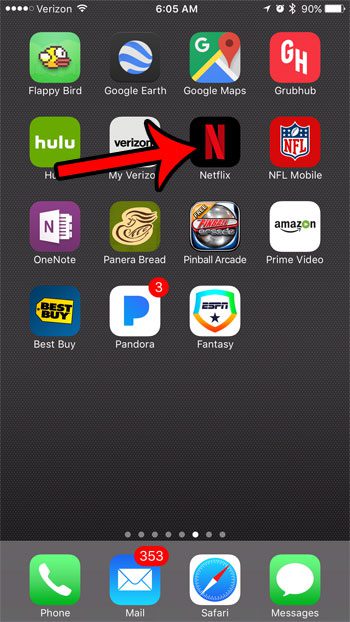 Step 2: Tap the menu icon at the top-left of the screen. 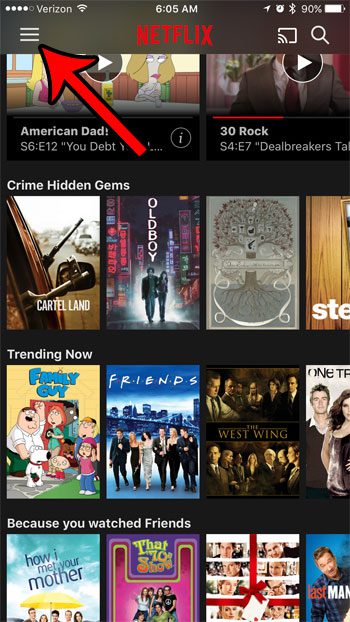 Step 3: Select the My Downloads option. 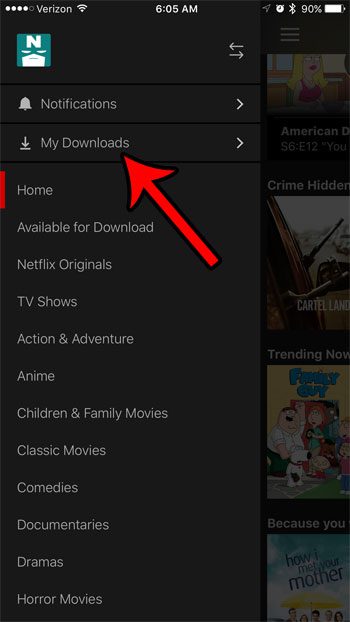 Step 4: Tap the Edit button at the top-right of the screen. 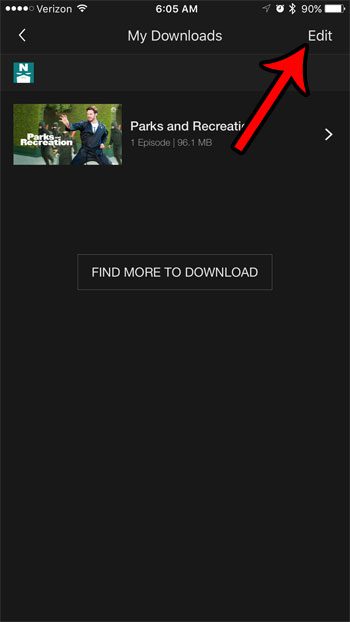 Step 5: Tap the red X to the right of the downloaded Netflix video that you want to delete. Tap the Done button at the top-right of the screen when you are finished. 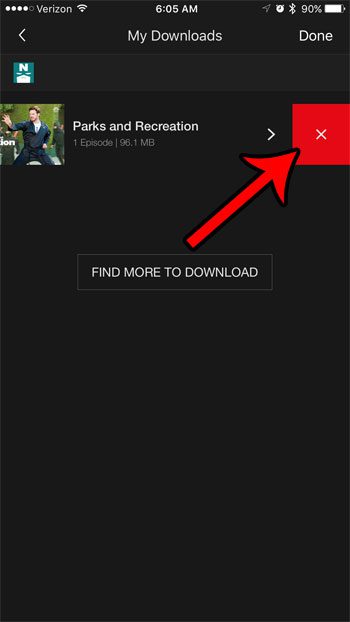 Are you deleting items from your iPhone to make room for a new app, movie, or music? Read our guide to deleting files from an iPhone and see some of the different apps and locations to check for things that can help you reclaim some of your used storage space.