The Amazon Instant app only allows you to stream movies through its’ iOS app when you are connected to Wi-Fi. Therefore you will need to download a movie to your device if you want to view it in a place where you will not have Wi-Fi.

But these downloaded video files can be quite large, so you may find that you want to delete them later in order to free up some space for another movie or app. This guide will show you how you can delete an Amazon Instant movie through the app.

Deleting a Downloaded Amazon Instant Movie from an iPhone

The steps in this article were performed on an iPhone 5, in iOS 8. Note that they will also work for other devices running iOS 8, as well as devices running some earlier versions of iOS. 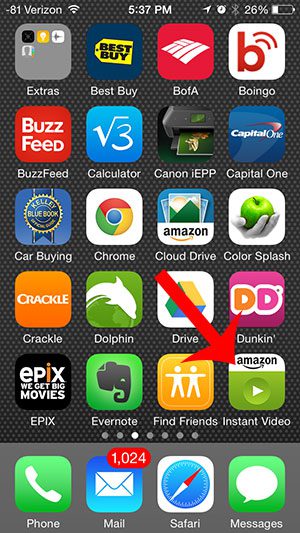 Step 2: Select the Library option from the bottom of the screen. 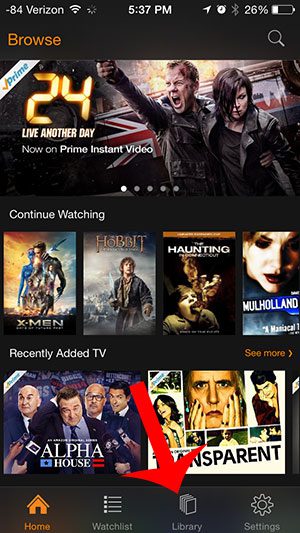 Step 3: Select the movie that is downloaded to your device that you would like to delete. 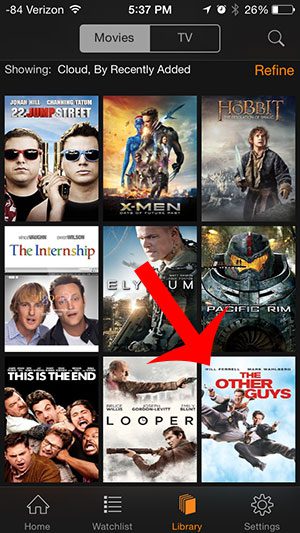 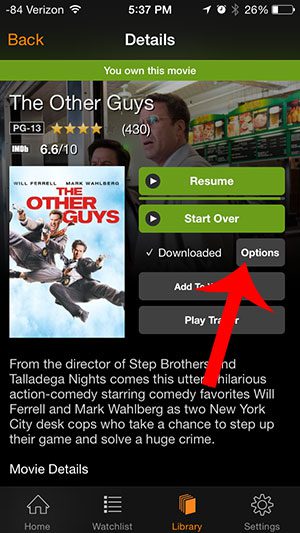 Step 5: Touch the Delete Download button to confirm that you wish to delete the downloaded video from your device. 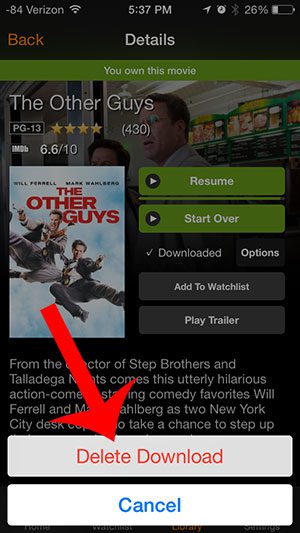 Would you like to see how much space a movie is taking up before you delete it? This article will show you how to find the total file size of movies downloaded to the Amazon Instant app.