The iPhone comes with a lot of keyboard options by default. You can install multiple keyboards in other languages, then you can tap on the globe or ABC icon on the keyboard to switch between those different keyboards.

But it is entirely possible to have more than two keyboards on your iPhone, even if you only speak one language. And cycling through a lesser-used keyboard on a regular basis can be tedious, so you may be looking for a way to change the order of the keyboards on your iPhone. Our guide below will show you where to go in the Settings menu to accomplish this.

Change the Order of Your Keyboards on Your iPhone

The steps in this article were performed using an iPhone 7 Plus, in iOS 10.2. 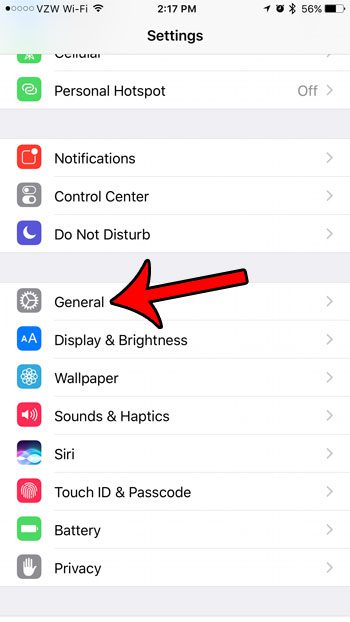 Step 3: Scroll down and tap on the Keyboard item. 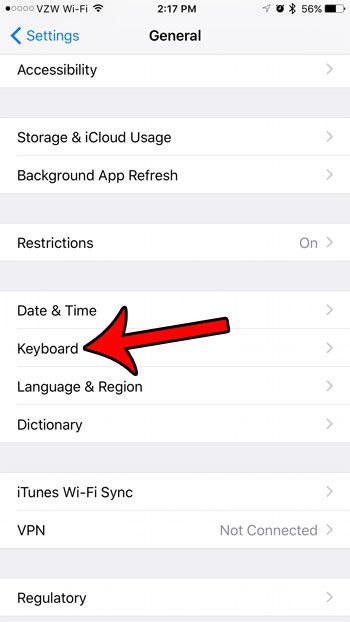 Step 4: Touch the Keyboards button at the top of the screen. Step 5: Tap the Edit button at the top-right corner of the screen. 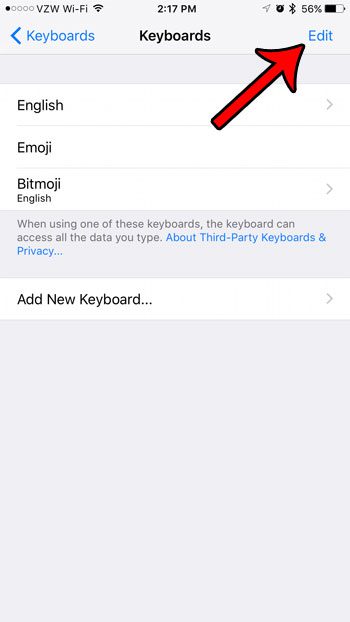 Step 6: Tap on the three lines at the right end of one of the listed keyboards, then drag that keyboard to the desired order in the list. repeat this process for any other keyboard that you wish to move. Tap the Done button at the top-right of the screen. 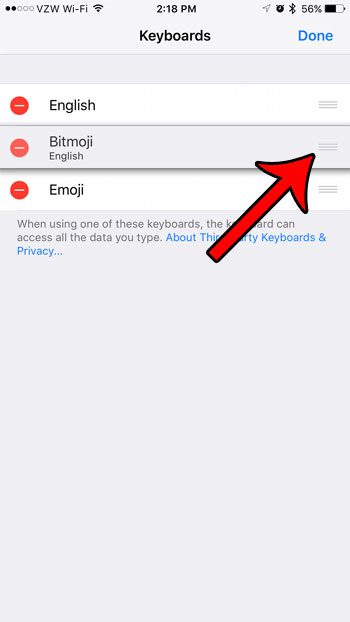 Is there information that would be easier to work with if you could copy and paste from previous notes, text messages, emails, or Web page? Learn how to copy and paste on the iPhone and make it a little easier to perform some tasks on your device.