The ability to use your voice to perform actions on an iPhone is made possible with Siri. Siri can “understand” things that you tell her (or him. You can change the Siri voice with these instructions) and perform certain actions for you. The Siri feature can be accessed from your Home screen, but is also available when the device is locked.

It is possible, however, that you may not be able to access Siri when the device is locked. There is a setting that specifically controls this aspect of Siri’s functionality, and it is possible for that setting to be disabled. Our guide below will show you how to enable Siri on the lock screen so that you can use her without needing to unlock your iPhone.

The steps in this article were performed on an iPhone 5, in iOS 9.3. Once you have completed these steps, you will be able to hold the Home button under your iPhone screen to access Siri and give her commands. For some ideas as to what Siri can do, check out this article. 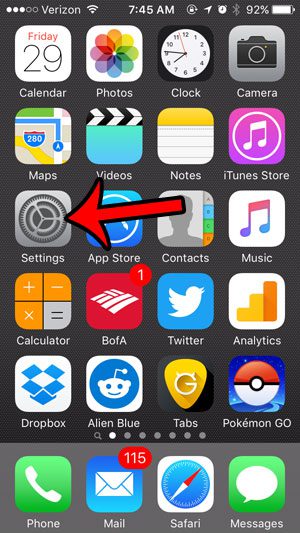 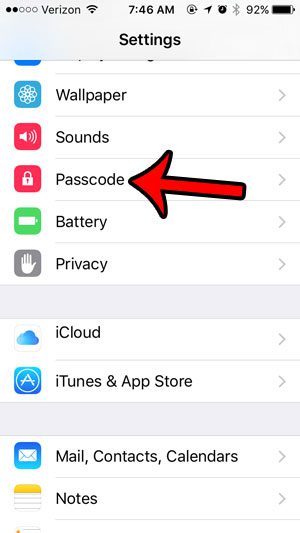 Step 4: Scroll to the Access When Locked section, then tap the button to the right of Siri. You will be able to access Siri from the lock screen when the shading around the button is green, as it is in the picture below. 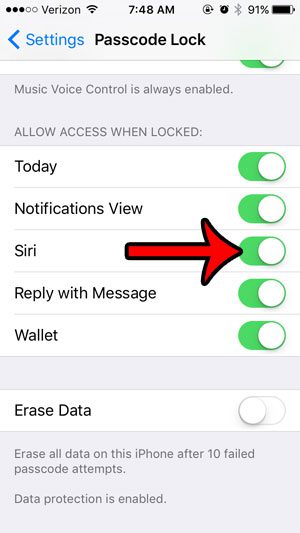 Enabling this functionality can allow other people with access to your iPhone to perform certain actions, such as sending text messages, or making phone calls. They will not need to enter the passcode in order to use Siri from the lock screen if this setting is enabled.